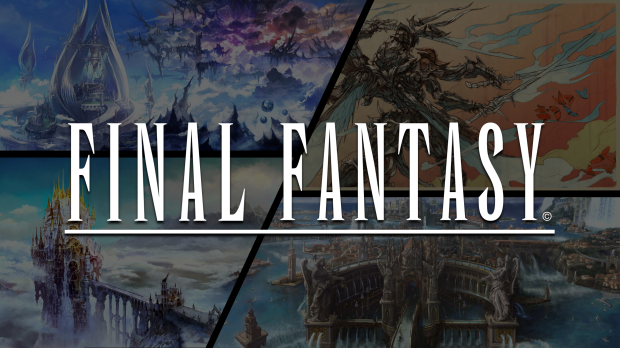 Square Enix has some of the oldest post-80s crash video game franchises, and its most popular series have accumulated tens of millions of sales across decades. According to new data presented in Square Enix's 2022 annual report, its big 3 franchises have sold over a mighty 294 million copies combined.

The publisher's big three includes Final Fantasy, which has shipped and sold 173 million units across a multitude of games spanning 35 years; Dragon Quest, a 36-year old beloved RPG series that has sold 85 million copies on all platforms; and Kingdom Hearts, a relatively newer franchise released in 2002 on the PlayStation 2 that has since moved over 36 million copies on a number of releases across multiple console generations. 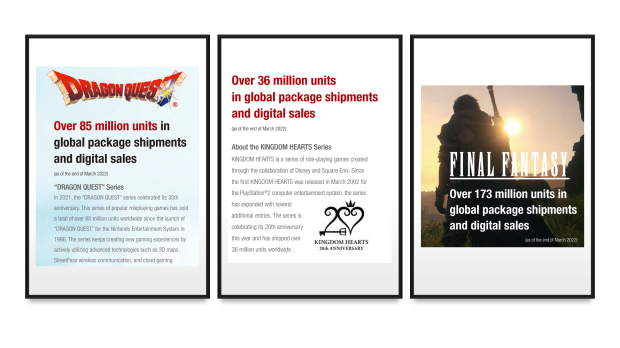 To no one's surprise, Square Enix is currently working on new iterations and games in all of these franchises, including Final Fantasy XVI, which is due out in Summer 2023 on PlayStation 5, Dragon Quest XII, a new RPG being built in Unreal Engine 5, and Kingdom Hearts IV, which looks to be the most realistic game in the series yet.

What's also interesting is that these titles have also been adapted to online markets with Final Fantasy XIV, one of the most popular MMORPGs on the market, and Dragon Quest X, which is also an MMO. There's also several mobile games based on these franchises too.