AMD released its CDNA-based Instinct MI100 accelerator nearly two years ago now, back in November 2020, and while the third-gen CDNA architecture is nearly here, the first-gen MI100 accelerator has hit eBay... in the nude.

The AMD Instinct MI100 accelerator is based on the CDNA architecture and made on TSMC's 7nm process node, with its GPU codenamed "Arcturus" packing 7680 FP32 cores and 32GB of HBM2 memory. The card has a 300W TDP, chewing down its power from dual 8-pin power connectors -- but not regular PCIe power connectors, but rather the EPS ones that go into your motherboard.

The card was posted on eBay in non-functional order, with a price of 500 EUR (about $500 USD or so) which is a rather huge price drop from its MSRP at the time of $6400. The card doesn't work, just to be sure you know that, so this would be a collector's item. But man, in the nude the AMD Instinct MI100 accelerator is a beautiful card under that cooler.

There are a few more pictures of the AMD Instinct MI100 accelerator in the nude thanks to the eBay listing, where you can see the massive "Victor 2033" which is a DC/DC converter, and part of the VRM assembly by the looks of things (according to "ShiinaYuriChan" on Twitter). 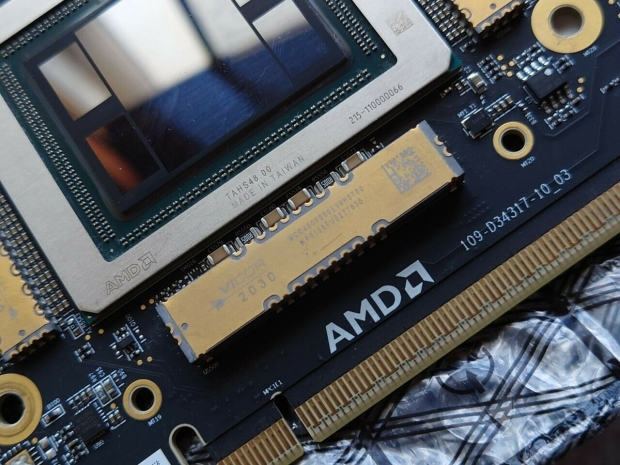 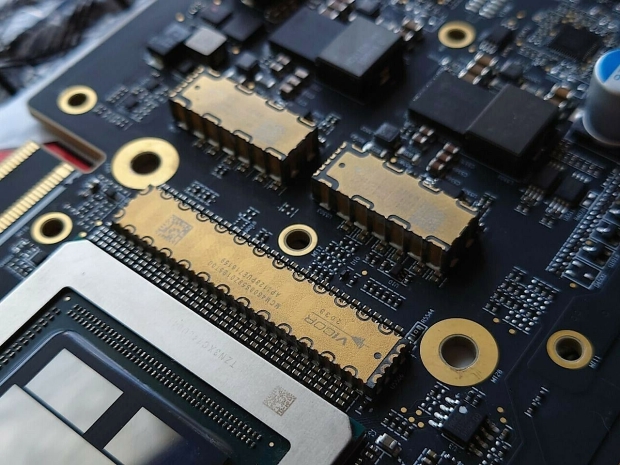 No gaming graphics cards on either side of the fence -- AMD, or NVIDIA -- have this, but the Instinct MI100 does. We don't normally see nudes of the PCBs of these cards, but now that we do I want to see more. I'd love to see a full teardown of the card, piece by piece, covered in great detail. I'd nerd out with that, for sure. 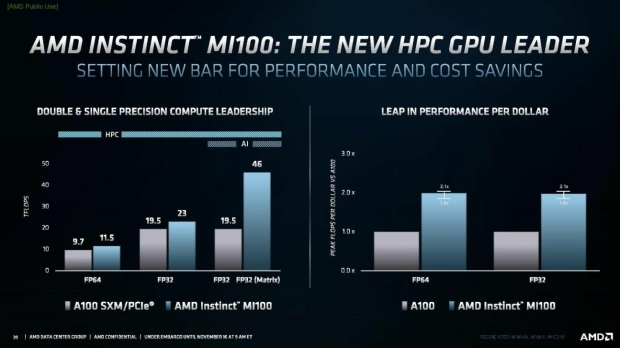