AMD has just announced its next-gen CDNA GPU-based Instinct MI100 accelerator, which packs 7680 stream processors, and 32GB of HBM2 with an ultra-fast 1.23TB/sec of memory bandwidth. Check it out:

AMD has used 32GB of HBM2 memory, where systems with 4 or 8 GPUs will use the new Infinity Fabric X16 interconnect with bandwidth of 276GB/sec. The HBM2 memory is capable of hitting up to 1.23TB/sec of memory bandwidth which is huge -- it doesn't quite compete with the 1.53TB/sec pumping away from NVIDIA's new A100 which uses HBM2e memory. 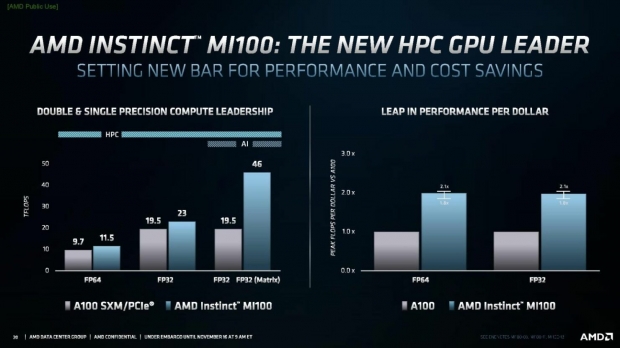 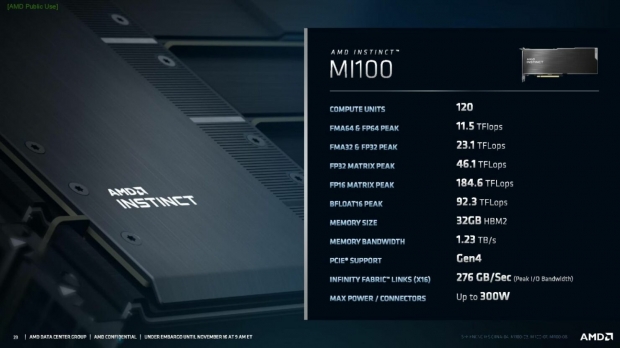 AMD will have the new Instinct MI100 accelerator ready for fully-qualified OEM systems from the likes of Dell, GIGABYTE, HPE, and Lenovo -- by the end of 2020.