It only took a few days for Black Adam to enjoy a huge opening weekend, for Henry Cavill to confirm he's coming back as Superman.

It has been nearly 13 years since Cavill was confirmed as Clark Kent / Kal-El / Superman, with his debut kicking off in Man of Steel and then a few years later in Batman v Superman: Dawn of Justice, both directed by Zack Snyder. After that was the absolute mess of Josstice League (Joss Whedon, the director of The Avengers) after he stepped in and took over, wiping away Snyder's work after his daughter took her own life and he stepped away from the movie.

WB screwed Snyder and Cavill (and many other cast members over in the process) but now he's back... Cavill has taken to his personal Instagram to announce the news, explaining: "I wanted to make it official - I am back as Superman. I wanted to thank you guys most of all, thank you for your support, and thank you for your patience, I promise it will be rewarded".

Cavill also teased that what we saw in Black Adam of Superman was a "very small taste" of things to come. If you haven't seen Black Adam starring The Rock just yet, don't read ahead...

Spoilers for Black Adam: In the end credits scene, Henry Cavill's Superman appears... but any keen-eyed Cavill-Superman fan will notice that it's not exactly the Superman we know and love. The suit isn't black like it was in Zack Snyder's Justice League, and his face looks like it's had some VFX work to look like 1978's Superman starring Christopher Reeve.

WB even decided to use the old John Williams 'Superman The Movie' theme in Black Adam once Superman appears, which is so, so cheesy. That came out in 1978 and as a gigantic Superman fan (that movie was my childhood #1 movie, watched it 100s of times) but it's just out of place in the tail end of 2022. 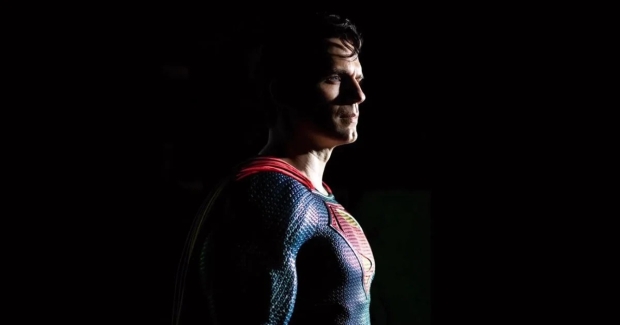 Not only that, but also the spit curl he has in his hair in Black Adam... that was a 1978 Superman thing, not seen in Man of Steel, Batman v Superman, or Zack Snyder's Justice League. Sigh.

Hans Zimmer created some of the most beautiful music ever made for Man of Steel, and the track "What Are You Going To Do When You're Not Saving The World" is music to my ears... would've been a better decision for Black Adam and effectively the marketing for Superman's return with Henry Cavill.

But hey, at least Cavill is back.