Superman has been in limbo for a few years now, with Henry Cavill's iteration of the character starting out in Man of Steel back in 2013, and then again in Batman v Superman: Dawn of Justice in 2016. The highly controversial theatrical mess "Justice League" shouldn't even count, while Cavill's last movie as Superman was in Zack Snyder's Justice League.

Man of Steel 2 is something that should've been greenlit immediately after Man of Steel's success in 2013, but Warner Bros. pushed towards the directions of "OMG Marvel" and greenlit Batman v Superman: Dawn of Justice instead. The rest is history, with WB screwing over major members of the cast as well as director Zack Snyder during a time of darkness in his life. 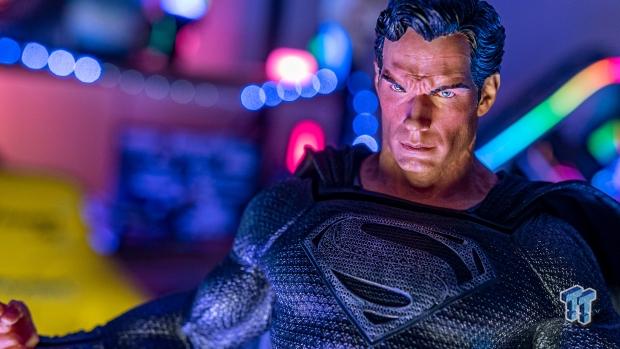 Fast forward to 2022 and we have The Rock starring in Black Adam, which is injecting a much-needed injection of life into the DCEU and fast-tracking Henry Cavill's Superman back into the DC movies. The Rock has personally met with Cavill over the years as friends, as he's wanted to play Black Adam for 15+ years now, and ultimately wants to fight the strongest character in the universe: Superman.

Well, Black Adam debuts next week and in the lead up The Rock has been hyping up the third act of the movie where Henry Cavill's Superman will reportedly appear. But that was days ago, and now there's news from sources of The Hollywood Reporter that tease Henry Cavill is back as Superman.

The Rock is at the direct center of not just Henry Cavill's return as Superman to the DC movies, but to Man of Steel 2 getting the attention it deserves. Walter Hamada treated the character like shit for years, but now Hamada has packed up his bags and left the WB lot, and within hours we have news of Man of Steel 2... that should tell you a lot.

Hamada was a huge brick wall for Snyder, Cavill, Superman, Ray Fisher (who played Cyborg), and many other actors within the DC movies. He's gone now, and it seems like we have Hope once again for a brighter future with Superman movies led by my boy (and fellow PC gamer and geek) Henry Cavill.

We don't know who will be directing, but Zack Snyder is busy with Rebel Moon for Netflix... but Mission Impossible: Fallout director Christopher McQuarrie could be sitting in the directors chair for Man of Steel 2, but another name being thrown around right now is J.J. Abrams, who I wish don't touch it.