PlatinumGames tried earnestly to hire Bayonetta actress Hellena Taylor for the third game, and offered to pay her at least $15,000 in compensation, sources have told Bloomberg's Jason Schreier. 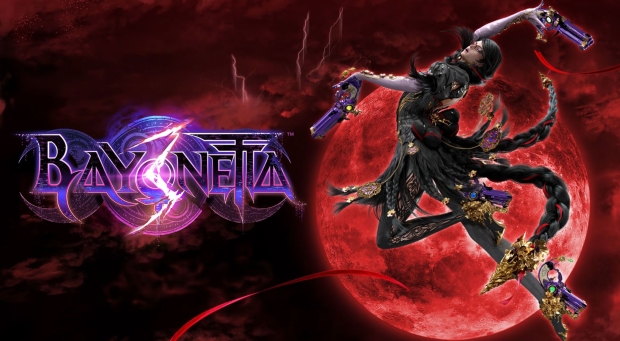 Days ago, Bayonetta voice actress Hellena Taylor published a series of videos that revealed why she was not voicing the heroine witch in the third game. Taylor's videos were emotionally charged, with accusations that PlatinumGames and Nintendo had offered an "immoral" and "lowball" pay offer of $4,000 to voice Bayonetta for the entire game.

Taylor's videos kicked off widespread controversy and garnered significant buzz with many industry figures weighing in, especially as the actress claimed she had suffered mental distress from worries about pay. Now reports indicate that PlatinumGames very much wanted Taylor to reprise her role in the game, and offered to book five sessions at a rate of at least $3,000 and up to $4,000 per session. As per documents seen by Bloomberg, Hellena Taylor would have been paid at least $15,000 to voice Bayonetta in the entire game.

Sources further tell Bloomberg that Taylor wanted six figures to play Bayonetta in the third game and also asked for residuals--which is something that is rarely given to voice actors. The deal fell apart shortly after.

Taylor was then offered to briefly appear in the game and PlatinumGames was prepared to pay her for a single session. This could have been the $4,000 that Taylor had mentioned in her videos.

Below we have a transcription of Taylor's words from the videos:

"I would like to explain to you why I didn't voice Bayonetta in Bayonetta 3. The Bayonetta franchise made an approximated $450 million dollars. That's not including merchandise.

"As an actor, I trained for a total of 7.5 years, three years at the London Academy of Musical Dramatic Arts Lambda, and 4.5 years with the legendary Larry Moss in Los Angeles.

"And what did they think this was worth? What did they offer to pay me? The final offer was, to do the whole game as a buyout flat rate was $4,000 US dollars. This an insult to me. The amount of time that I took to work on my talent and everything that I have given to this game and to the fans. I am asking the fans to boycott this game and instead spend the money donating to charity.

"I didn't want the world. I didn't ask too much. I was just asking for a decent, dignified, living wage. What they did was legal, and it was immoral.

"I understand that boycotting this game is a personal choice and there are those that won't, and that's fine. But if you're someone who cares about people, who cares about the world around you, who cares about who gets hurt with these financial decisions, then I urge you to boycott this game.

"I decided to do it to stand up in solidarity with all the people all over the world who do not get paid properly for their talents. Fat cat licks cream off the top and leave us the rotten crumbs.

"This is not right. It is not acceptable. It impacts mental health. Because of it, I have suffered from depression and anxiety. I worried that I was going to be on the streets. That terrified my so much that once I was suicidal. I am not afraid of a non-disclosure agreement. I can't even afford to buy a car. What are they going to do, take my clothes? Good luck to them.