UL has just announced a new update for 3DMark and its new NVIDIA DLSS feature test, which adds both DLSS 3 and DLSS Frame Generation into the mix.

NVIDIA's new Ada Lovelace GPU architecture is the only one that supports DLSS 3 and DLSS Frame Generation, with the only graphics card on the market so far capable of this test being the new flagship GeForce RTX 4090. The newly updated 3DMark NVIDIA DLSS feature tests were developed in partnership with NVIDIA. 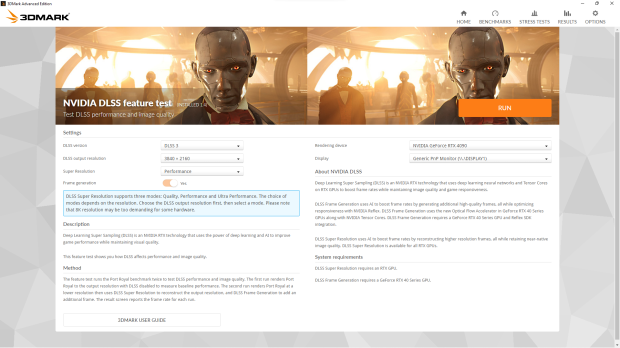 You'll find the newly-updated DLSS feature test inside of the 3DMark Port Royal ray tracing benchmark, with two passes run. The first pass renders Port Royal with NVIDIA DLSS disabled to measure your baseline performance, while the second run renders Port Royal at a lower native resolution, and then uses DLSS to create frames at your output resolution. 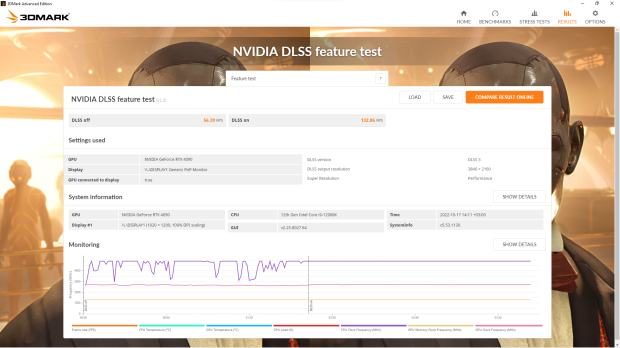 If you purchased 3DMark after January 8, 2019 then this is a free update for you. If you purchased after that date, then you'll need to buy the Port Royal upgrade DLC that includes the new NVIDIA DLSS feature test, at a cost of $2.99.