Just as I had finished off reviewing the big wave of NVIDIA GeForce RTX 4090 graphics cards, with some overclocking, ray tracing, DLSS 3, and 8K benchmarks all on the way... fresh rumors of AMD's next-gen RDNA 3 GPU architecture are here... and boy, they're juicy.

AMD's next-gen RDNA 3 GPU architecture will reportedly be led by the flagship Navi 31 GPU, with leaker "Greymon55" tweeting out that some AIBs have already got their Navi 31 chips and are "testing them" right now. That should make sense, given that AMD is launching its next-gen Radeon RX 7000 series "RDNA 3" GPUs on November 3. 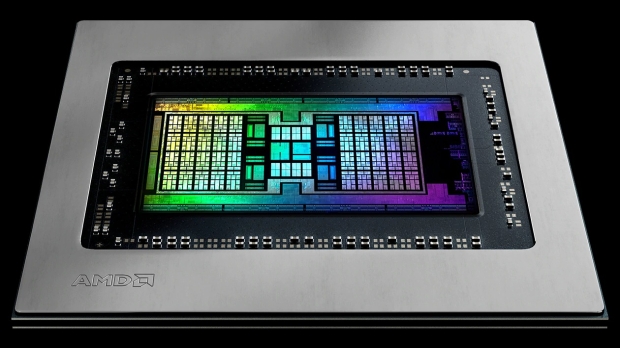 But in some follow-up tweets, Greymon55 was asked if he knew the final rasterization and RT performance on Navi 31, to which Greymon55 replied "2X" but then he was asked again about RT, to which he responded very simply with "more". So we should expect twice the performance of the Radeon RX 6900 XT in raster, and over twice the performance in RT-powered games, lining up with rumors and expectations over the last 12-18 months.

AMD's next-gen Navi 31 GPU inside of the Radeon RX 7900 XT graphics card being twice as fast in raster lines up with the 2x performance from Navi 10 to Navi 21, once again with Navi 21 to Navi 31. The over twice the performance in RT on Navi 31 will be interesting, as AMD will still fall short of NVIDIA, and its unbelievably fast (in raster + RT) GeForce RTX 4090 graphics card.

We did get some teases on power consumption on the RDNA 3-powered Navi 31 GPU, where Greymon55 tweeted that the reference TBP "is amazing". NVIDIA's new GeForce RTX 4090 doesn't use as much power as you think, far less than 500W for the most part, but AMD's new Radeon RX 7900 XT "RDNA 3" graphics card is expected to use less than 400W of power at most.

This means we could expect the reference Radeon RX 7900 XT graphics card to use 300-350W, which would be an impressive feat to see. Not long to go now, folks!