Mark Zuckerberg has taken to his personal Instagram account to throw some shade at Apple and its iMessage messaging service.

This isn't the first time jabs have been thrown by Zuckerberg toward Apple, and Apple has even retaliated, giving onlookers the perception that there is a degree of rivalry erupting between the two goliath companies. The most recent swing was by Zuckerberg, who took to his Instagram account on October 17 to tout WhatsApp being a superior alternative to Apple's iMessage, writing that it's far more private and secure than Apple's messaging service as it features end-to-end encryption that works across iPhones and Android devices.

Furthermore, Zuckerberg writes that users now have the ability to set all new chats to disappear by simply tapping a button, with the additional rollout of end-to-end encryption for backups as well. Zuckerberg wrote that none of the aforementioned features are present in iMessage, while also uploading a photograph of an advertisement for WhatsApp that appears above Pennsylvania Station.

The ad shows the notorious green text bubble that iOS users famously loathe, and the classic blue text bubble that appears when a message is sent between iOS devices. Additionally, the ad contains a third text bubble called "Private Bubble", or a WhatsApp text bubble. 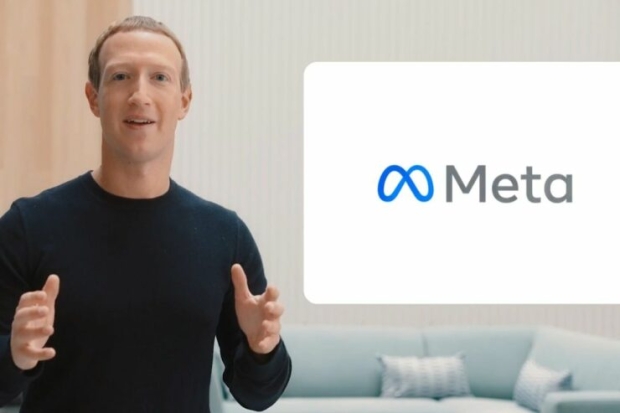 As previously mentioned, this isn't the first time Zuckerberg has fired a missile at Apple as the Facebook founder recently subtly threw shade at Apple for making a large amount of profit off its hardware sales. The shade was thrown while Zuckerberg was defending his decision to sell the Meta Quest Pro VR headset for $1,500, where he explained that Apple charges as much as it can for the hardware it produces, and that is something Meta won't be doing as it will be breaking even on Meta Quest Pro sales, with the profit expected to come from software and service sales.

Apple's CEO Tim Cook recently threw some shade back at Zuckerberg when he was asked about his thoughts on the metaverse. Cook said that he believes the average person can't even tell you exactly what the metaverse is, which he says is a super important factor when you are trying to sell them a product that allows them to enter the metaverse.

"I always think it's important that people understand what something is, and I'm really not sure the average person can tell you what the metaverse is," said Tim Cook.