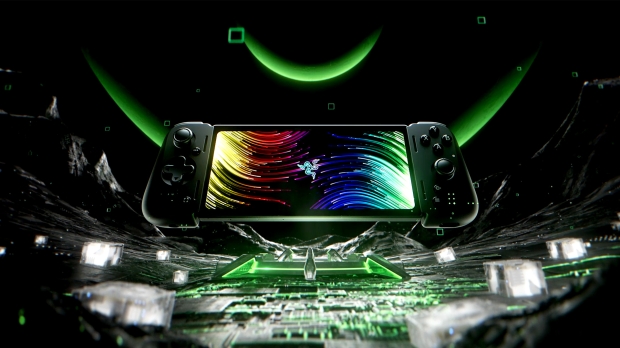 Today Razer has introduced the world's most powerful Android gaming handheld. It's called the Razer Edge, and it's the latest in an emerging market for enthusiast mobile gaming, a kind of strange hybridized market that sits between consoles and on-the-go mobiles.

The Razer Edge features decent specs, powered by the Snapdragon G3x Gen 1 SoC for "high-end Android gaming" with a 6.8-inch 144Hz OLED display to match. It's built specifically to play Xbox cloud games and Android mobile games. Everything sounds pretty good except for the price.

The Razer Edge is $399, making more expensive than a Switch OLED. The Edge is also the same price as a Steam Deck. At this price the competition is so strong against the Razer Edge that this device is practically free-falling.

A big selling factor of the Razer Edge is that it has a version that's covered by Verizon's 5G network for cellular gaming. Verizon even calls it "the world's first handheld 5G gaming console". That version doesn't have a price tag, though.

The $399 version is WiFi-only, making it as expensive as a PlayStation 5 digital edition console that plays dedicated games.

Apart from the obvious contenders, the Razer Edge is going up against other cloud devices like Logitech's G Cloud, a cloud gaming handheld designed for curious gamers, and Google's confusing new range of Chromebooks optimized for cloud streaming (yes, Google actually did announce a lineup of expensive Chromebook laptops made specifically for cloud game streaming shortly after closing down Stadia). 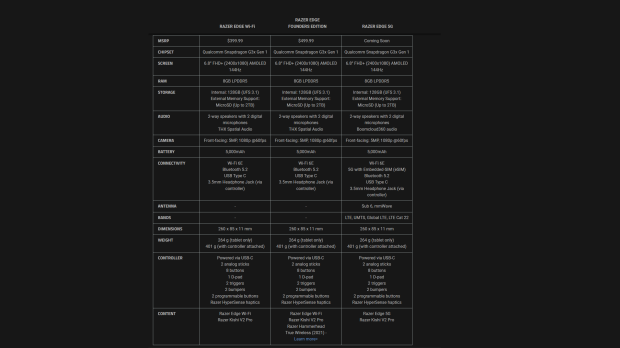