There is no question that automatic emergency braking (AEB) has helped reduced accidents which may have caused injuries, property damage, or death to drivers and passengers. However, the American Automobile Association (AAA) wanted to take testing up a notch to provide a better overall analysis of how helpful AEB can be - and where it struggles the most. 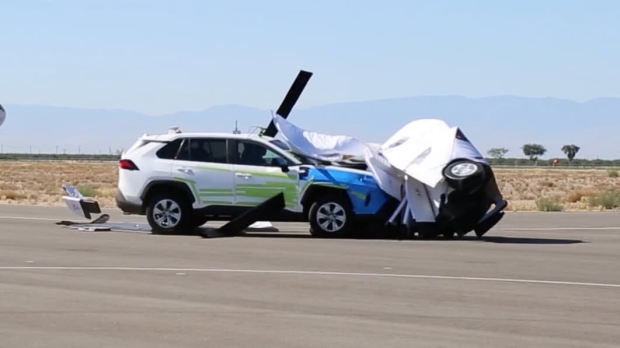 Previous studies found vehicles with AEB were in 50% fewer rear-end collisions, and it's a common safety feature in new cars sold now. However, AAA wanted to run the system through the paces at higher speeds than what the Insurance Institute for Highway Safety (IIHS) currently do. AAA tested rear-end crashes with vehicle speeds of 30 mph and 40 mph, with IIHS testing standards currently at 12 and 25 mph.

Forward-facing cameras and sensors are used by AEB to instruct a vehicle when to apply the brakes, and that's been good for rear-end crashes, but doesn't cover several crucial driving scenarios. Accidents at intersections tend to be extremely dangerous, with T-bone accidents and left turns in front of oncoming vehicles proving to be especially deadly - almost 40% of fatal accidents in two passenger vehicles "during which the striking vehicle did not lose traction or leave the roadway before the collision."

Crashes under these two scenarios resulted in a vehicle accident 100% of the time, with AEB unable to alert the driver, slow the vehicle, or avoid the crash.

As noted by Greg Brannon, director of AAA's automotive engineering and industry relations, in a press statement:

Automatic Emergency Braking does well at tackling the limited task it was designed to do. Unfortunately, that task was drawn up years ago, and regulator's slow-speed crash standards haven't evolved. Testing requirements for this technology, or any vehicle safety system for that matter, must be updated to handle faster, more realistic speeds and scenarios with the greatest safety benefit for drivers."

Moving forward, automakers must continue to make improvements of their AEB systems, especially when speaking about intersection-based traffic collisions. In addition, drivers also must recognize the AEB system is helpful, but is limited, and they must be fully engaged while in control of a motor vehicle.