The new Skyrim Anniversary Edition is the Nintendo Switch's first $69.99 mainline base game, and the RPG is currently more expensive on the eShop than any other digital storefront on the market. 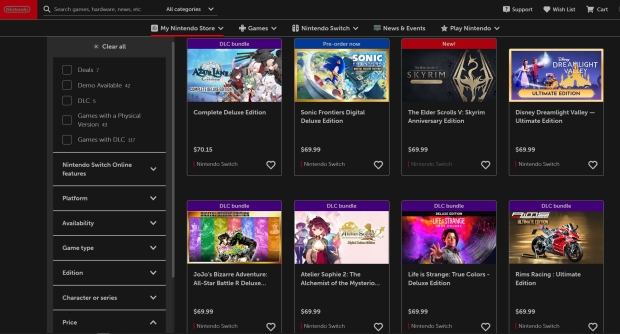 Today marks the seventh time Bethesda has released Skyrim. The new Skyrim Anniversary Edition is now up on the Nintendo Switch with an eye-opening price tag. For some reason, the game is listed as $70 on the Switch eShop, which cements it as the first base Switch game priced at PS5 and Xbox Series X/S prices. Every other eshop game with a $69.99 price tag includes bonus DLC or an expansion pass.

This price tag means Skyrim Anniversary Edition is currently more expensive on the eShop than any other digital storefront on the market by a significant margin. The game is $20 more on the eShop than other store; it's currently $49.99 on Steam, the PlayStation Store, the Xbox store, the Humble Store, and is even discounted to $24.99 on GOG.com without any DRM. 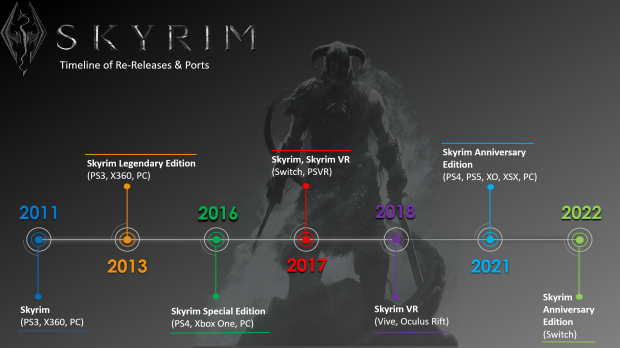 There are two possible reasons Skyrim has this price; one, it's a pricing error, and two, the far more likely, is that Skyrim is already $59.99 on the eShop and Bethesda believes the extra content included in the Anniversary Edition makes it count as a kind of premium deluxe package and has priced it above the base game and accordingly against other competitors with the same cost.

The Anniversary Edition includes all DLC and specially curated community mods that change and expand the game in various ways. The Switch version markedly lacks any kind of mod support so this extra content is akin to more DLC/expansions.

Even still, Nintendo fans aren't so happy about this new pricing scheme showing up on the Switch. Even games like NBA 2K, which were among the first titles to push the new $69.99 price tag for PlayStation 5 and Xbox Series X/S games, are priced at $59.99 on the Switch.