NASA is about to collide a spacecraft into a distant asteroid and on its way to its target NASA's spacecraft has snapped images of Jupiter. 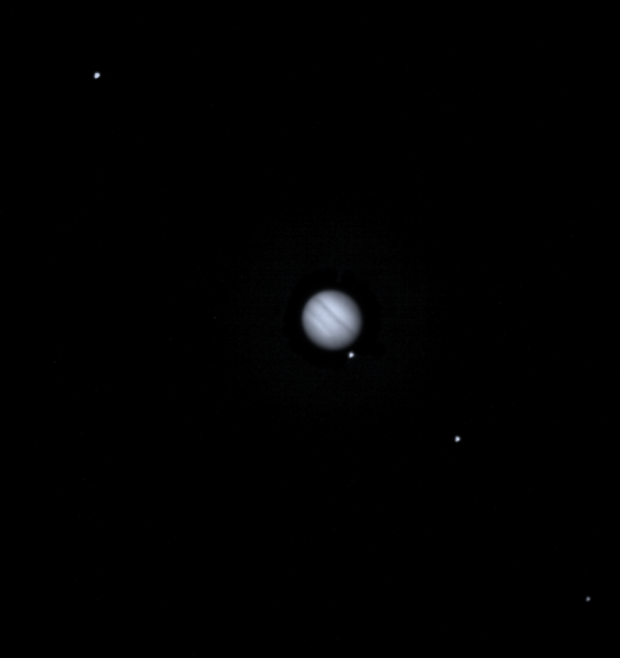 NASA has taken to its blog on its website to reveal images snapped by its Double Asteroid Redirection Test (DART) spacecraft that expected to collide with the binary asteroid Didymos and its moonlet Dimorphos. The binary asteroid system doesn't pose any threat to Earth, but NASA want to test the first planetary defense technique that involves colliding a spacecraft into an asteroid in an attempt to change its orbit. The technique, called a kinetic impactor, if proven to be effective, may be used in the future to save Earth from an asteroid that is dangerous.

The DART spacecraft is equipped with an imager called the Didymos Reconnaissance and Asteroid Camera for Optical navigation, or DRACO, and during its journey it has been used by researchers to snap thousands of images of stars. The images are used by Johns Hopkins Applied Physics Laboratory (APL) team leading the mission to provide continuous support for the spacecraft in terms of making sure its trajectory lines up directly with the target asteroid. Furthermore, the images are used by DART's autonomous guidance system, which will also be used to make sure DART hits its mark.

"The image below-taken when DART was approximately 16 million miles (26 million km) from Earth with Jupiter approximately 435 million miles (700 million km) away from the spacecraft-is a cropped composite of a DRACO image centered on Jupiter taken during one of these SMART Nav tests. Two brightness and contrast stretches, made to optimize Jupiter and its moons, respectively, were combined to form this view. From left to right are Ganymede, Jupiter, Europa, Io, and Callisto," wrote NASA.

"The Jupiter tests gave us the opportunity for DRACO to image something in our own solar system. The images look fantastic, and we are excited for what DRACO will reveal about Didymos and Dimorphos in the hours and minutes leading up to impact!," said Carolyn Ernst, DRACO instrument scientist at APL.

"Every time we do one of these tests, we tweak the displays, make them a little bit better and a little bit more responsive to what we will actually be looking for during the real terminal event," said Peter Ericksen SMART Nav software engineer at APL.

It should be noted that NASA recently announced that its DART team have confirmed that the spacecraft is perfectly on track to collide with its target asteroid and that every five hours DRACO snaps and image that is used to reduce the risk of mission failure. Notably, as the DART spacecraft closes in on the asteroid it will undergo three trajectory correction maneuvers, with the final trajectory maneuver happening on September 25. Furthermore, after the final correction maneuver NASA will know the exact location of the asteroid within 1.24 miles and within the final hours of the DART spacecraft's approach NASA will be hands-off as an autonomous guidance system will take over.

The spacecraft is expected to impact the asteroid on September 26 2022. For more information on this story be sure to check out the link below.