NASA is about to attempt the very first planetary defense mission, where it will collide a spacecraft into an asteroid in an attempt to deflect it. 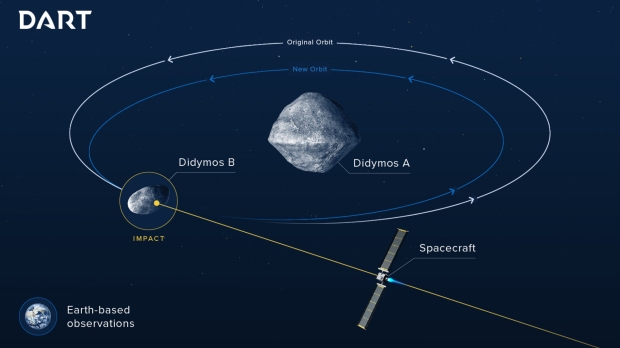 NASA's Double Asteroid Redirection Test (DART) was launched on November 21, and since then, a small high-speed spacecraft has been traveling to the large binary asteroid Didymos and its moonlet Dimorphos, both of which currently pose no threat to Earth at all. NASA plans on testing a new technique called a kinetic impact, which, if proven successful, will be a technique used to save Earth from an asteroid that does pose a significant threat to the planet.

In a new article published in The Conversation, author Svetla Ben-Itzhak, Assistant Professor of Space and International Relations, Air University, explains that her job is to determine the likelihood of an object crashing into Earth and if world governments are spending an appropriate amount of money developing techniques to prevent catastrophe.

NASA's DART mission will be the first demonstration of planetary defense as the agency attempts to change the orbit of the asteroid in a bid to have some kind of weapon available in the event of a potentially Earth-threatening asteroid appearing within the coming decades. The spacecraft is expected to impact the asteroid on September 26, 2022.

"Congress recognized this threat, and in the 1998 Spaceguard Survey, it tasked NASA to find and track 90% of the estimated total of near-Earth objects 0.6 miles (1 kilometer) across or bigger within 10 years. NASA surpassed the 90% goal in 2011. In 2005, Congress passed another bill requiring NASA to expand its search and track at least 90% of all near-Earth objects 460 feet (140 meters) or larger by the end of 2020. That year has come and gone and, mostly because of a lack of financial resources, only 40% of those objects have been mapped.