Intel's next-gen GPUs are being talked about before gamers have the current-gen Arc Alchemist graphics card in their hands, with the Intel GPU ASIC team working on next-gen "Battlemage" and "Celestial" GPUs already. 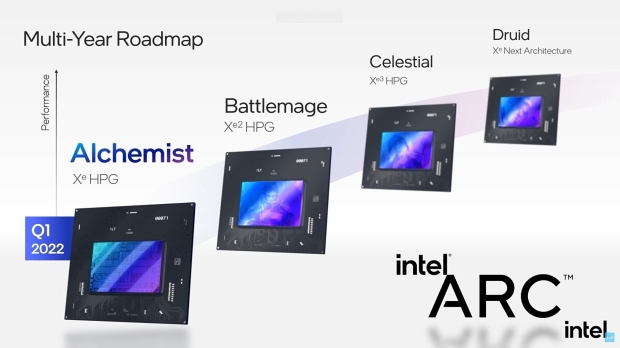 We are hearing more about Intel's future GPU plans through an interview with Intel's Tom Peterson and PCGamer, where Peterson said that most of the ASIC team is working on the next-gen Battlemage GPU, while a "small portion" are on their future GPU: Celestial.

Intel hasn't even got its Arc Alchemist GPUs ready for consumers and gamers yet, but the Intel GPU ASIC team is already onto (hopefully) bigger and better things. The software team at Intel has been making great strides, getting the pot holes inside of their drivers and compatibility up to scratch over the last couple of months. Things aren't all doom-and-gloom at Team Blue.

During the interview, Peterson said that "the bulk of our design team is on Battlemage" and that "our plan is to start here". Peterson continued: "And then we add on top and then we add on top. And it's not a really hard strategy to understand because we're starting with the volume segment of the market, and then we'll grow into more high-performance segments over time". 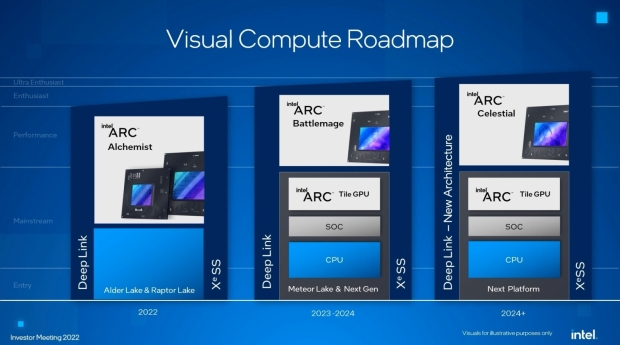 What can we expect from Battlemage and Celestial?

Battlemage will debut with Intel's next-gen 14th Gen Core "Meteor Lake" and their next-gen platform, with an Intel Arc Tile GPU ready for Meteor Lake CPUs alongside the SoC and CPU Tiles. The same will go for Celestial, which will not be here in time for Meteor Lake, but will be ready for what Intel is calling its "Next Platform". 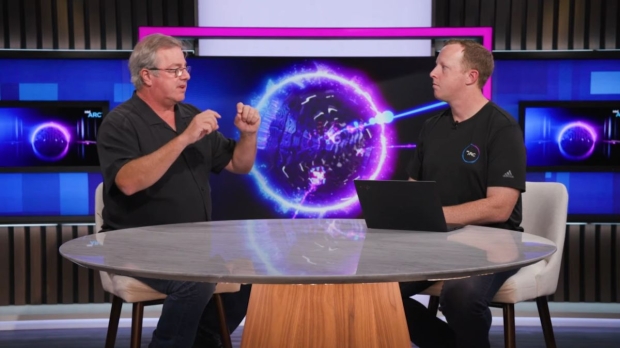 "The thing I happen to believe-Pat, and I, and Roger, and Lisa, and Ryan, everybody is aligned on the idea-that graphics is a critical technology to the client, is a critical technology to the data center, and we want to start competing in the mainstream area where our competitors are making a ton of money. So all three of those things are critically important for Intel".

"Most of our ASIC team is on Battlemage. A small portion of it is on our future, which is Celestial. And then there's a very small portion on Alchemist today, but they're kind of different function sets. So like a board and, what I'll call, chip teams are on Alchemist right now. Kind of think of it as getting our board just right, getting our BIOS just right, making all the final tuning. But the bulk of our design team is on Battlemage".