AMD has its high-end new X670E and X670 series motherboards on the way, boasting next-gen PCIe 5.0 connectivity for new GPUs and SSDs... but the new mid-range B650E chipset is going to be a real star. 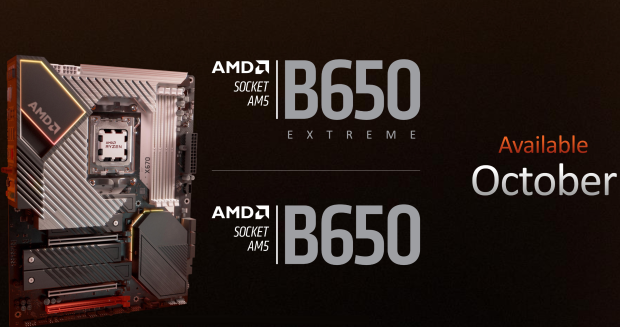 B650E motherboards will benefit consumers greatly: a cheap entry cost with their B650E-based motherboard, a new Ryzen 7000 series "Zen 4" CPU and if you really wanted... a PCIe 5.0-capable graphics card and PCIe 5.0-capable SSD. It provides that elusive "future-proofing" there, as you've also got DDR5 memory here along with PCIe 5.0, so you'll be good for up to 2025 and beyond.