AMD is splitting up its chipsets like usual for its upcoming 600-series chipsets, with ASRock's upcoming AMD 600-series motherboard list being leaked... teasing a B650E chipset is coming. 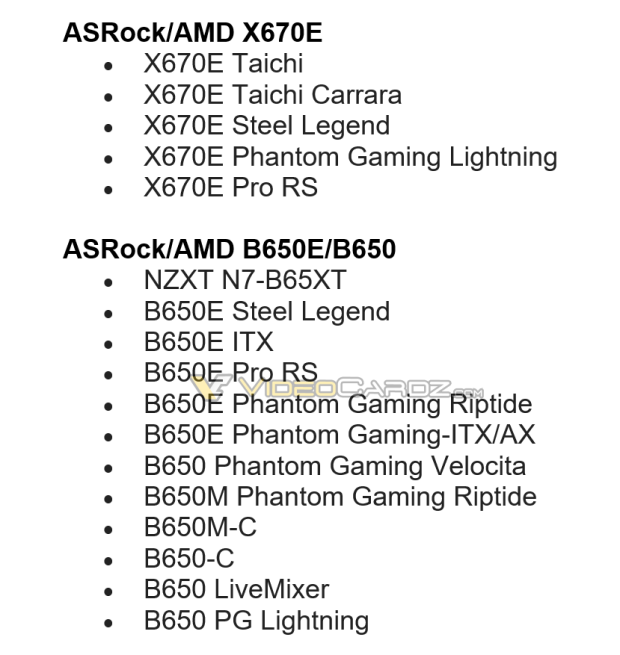 This means that the B650E chipset should see higher motherboard prices in the mid-range, but you'll get Zen 4 CPU support, DDR5 memory, and then PCIe 5.0 support for both your GPU and SSD of the future. Motherboard makers will also use higher-end PCBs packing improved signaling to comply with the strict Gen5 protocol specs.

AMD will have CPU and memory overclocking for both the X670 and B650 series motherboards, but the higher-end X670E and its "Extreme"-ness will include "extreme overclocking" over, whatever that means. We should expect AMD to give us the full skinny on everything about the 600-series chipsets in the near future. 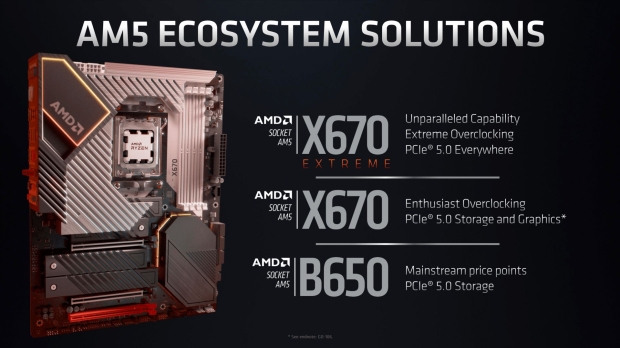 Over a month ago we heard leaks from Tom @ Moore's Law is Dead, who teased: "I can now confirm two Prom21 chipsets cost less than one X570 chipset. AM5 platforms were designed to be cost-effective. Now, there are components that CAN make X670E more costly than X570, but there's little reason for B650 boards w/ PCIe 4.0 to cost more than B550".

At the time, I added that a "new B650-based motherboard is going to be a monster value for money board, especially if you mixed it with a new Zen 4-based Ryzen 5 or Ryzen 7 series CPU".

AMD's mid-range B650E motherboards should arrive later than the higher-end X670 and enthusiast-level X670E motherboards, with the B650 expected sometime in September-October, so expect the B650E after that: a great Christmas present to gamers in late 2022.