A new study by researchers from the Stat University of New York has explored the exact components of what makes up tattoo ink and how it can impact the human body.

Dr. John Swierk, the chemist who led the study spoke to the Daily Mail and explained that typical tattoo ink is comprised of two things; one or more pigments, which is either a molecular compound or a solid substance that gives the color. The other aspect of tattoo ink is the carrier package, which help deliver the pigments into the skin. Carrier packages are typically alcohol-based fluids.

The researchers analyzed 56 different tattoo inks that are renowned as common, the study looked at the tattoo inks chemical composition and if they are correctly specified on the label of the product, how the pigments react when exposed to light, and how using them impacts skin. According to the study, several of the inks were found to have chemical compounds that weren't listed on the bottle, with 23 of them containing azo-compounds and one containing ethanol.

Swierk explained that the researchers investigated the impact of particle sizes across 16 different kind of inks that are commonly used in tattoos. Half of the samples featured particles less than 100 nanometers, which raised concerns for the scientists as there is a chance that these tiny ink particles could "get through the cell membrane and potentially cause harm" by triggering a cancerous mutation. "When you get down to that size regime you start to have concerns about nanoparticles penetrating cells, getting into the nucleus of cells, and doing damage and causing problems like cancer that way," Swierk explained. 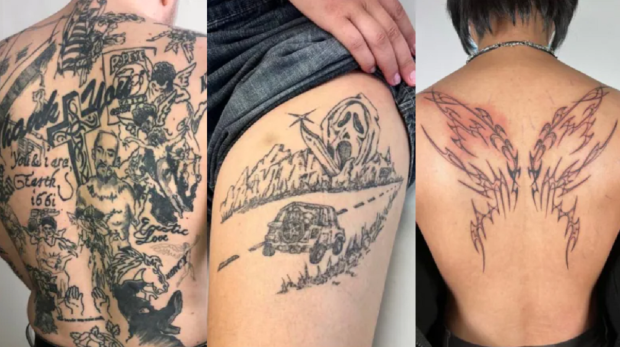