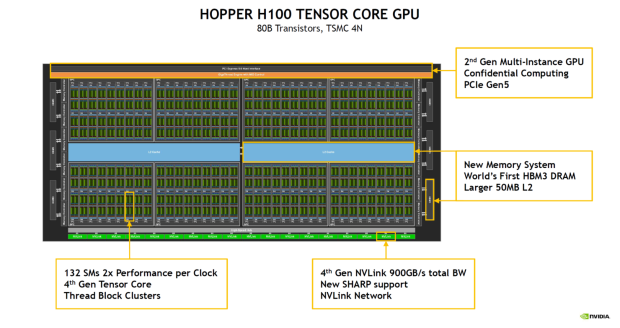 TSMC's new 4N process node was optimized and designed exclusively for NVIDIA and its new Hopper H100 GPU, where NVIDIA flexes its silicon muscle with its 4th Gen Tensor Core architecture, the world's first use of HBM3 memory, and so much more.

The new NVIDIA Hopper H100 GPU is an absolute behemoth: made on TSMC's new 4N process node exclusively for NVIDIA, with 80 billion transistors, and the world's first use of HBM3 memory technology. NVIDIA has built the Hopper H100 onto the PG520 PCB board, which packs 30+ power VRMs and a gigantic integral interposer that uses TSMC's new CoWoS technology: this combines the NVIDIA Hopper H100 GPU with a 6-stack HBM3 design for a very potent mix of GPU + VRAM dominance. 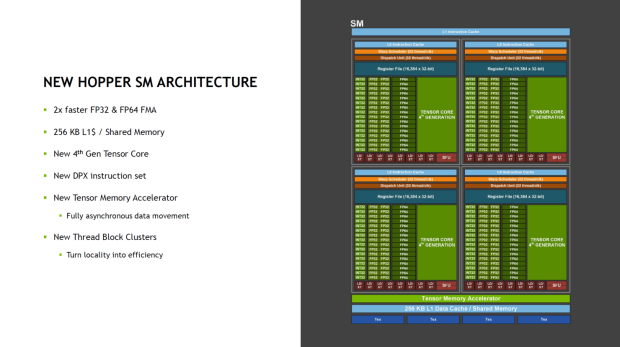 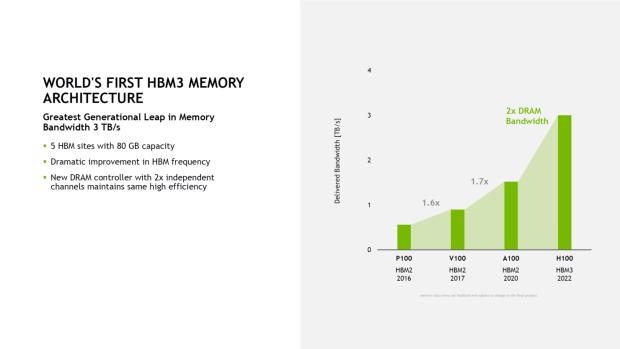 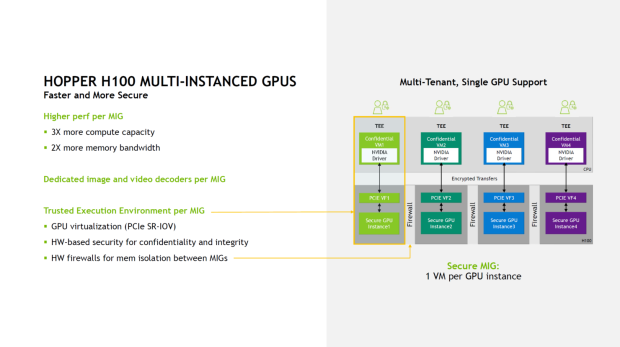 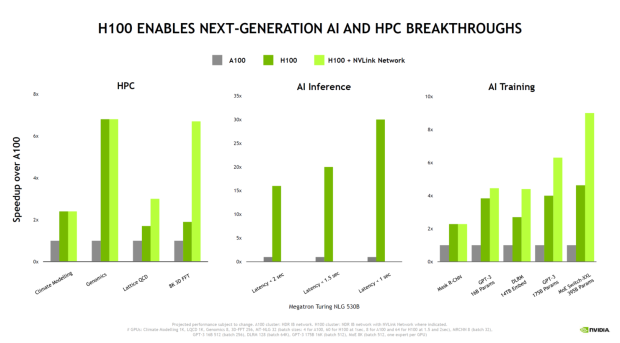 NVIDIA has different configurations of its Hopper H100 chip, where there'll be the GH100 GPU, and the H100 GPU with SXM5 board form-factor. The difference between the two is below.

The full implementation of the GH100 GPU includes the following units:

The NVIDIA H100 GPU with SXM5 board form-factor includes the following units:

The company also adds that the 4th Gen Tensor Cores inside of the Hopper H100 GPU have 2x more performance at the same GPU clock speeds, which is impressive to see.