The games industry is a wild place. Often developers, publishers, and platform-holders will make big-budget marketing and exclusivity deals that are typically hush-hush. Things get really interesting when two separate companies publish the same game on different platforms. Case in point: Death Stranding, which is coming to Xbox Game Pass in a few days.

The Xbox Game Pass Twitter made it obvious that Death Stranding was coming over, but it's still kind of surprising. Sony paid big bucks to fund and publish the game on PlayStation 4 and PlayStation 5, keeping Kojima Productions' first game off of Xbox for an undetermined period of time. Then 505 Games got publishing rights for the game on PC, releasing the game on Steam and the Epic Games Store. Now 505 Games is releasing Death Stranding on Xbox Game Pass, which is a direct billion-dollar competitor to the PlayStation empire.

It's kind of a case of going behind enemy lines...but not really. It's just business. And in the games industry, business often deals with this kinds of strangely fractured releases that serve as a carry-over to the PS4 and Xbox One days. Nowadays both companies want to secure content for their growing subscriptions and focus more on first-party exclusives, but there's still marketing deals like this happening quite frequently.

It's also curious that Kojima Productions is reportedly working on a cloud game for Xbox that will deliver a new kind of immersion and social interaction for players. The game has been leaked; it's called OVERDOSE and it stars Death Stranding actress Margaret Qualley. Kojima Productions recently opened a new LA-based motion capture studio to work on film experiments (and to provide mocap for its upcoming games). 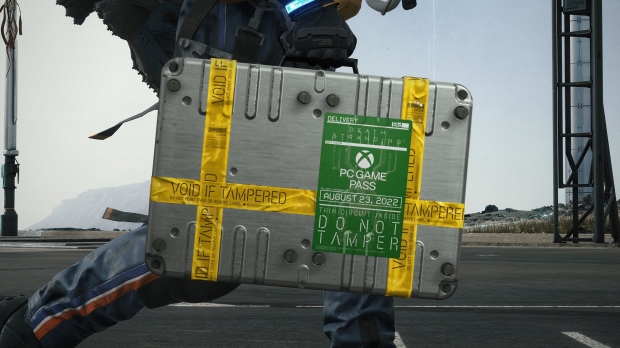