Disney teases a handful of exciting new game reveals during an event showcase in September. 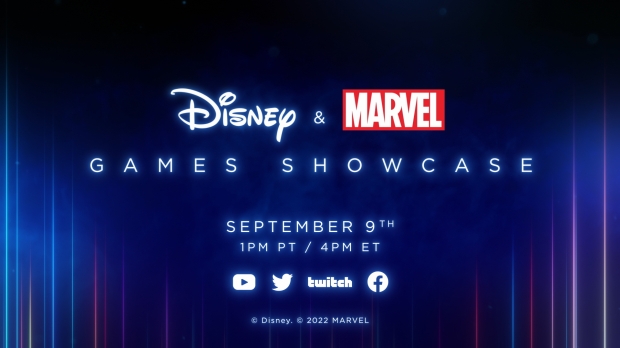 Disney recently announced its own post-Gamescom reveal stream set for September 9, complete with a bunch of game reveals, updates, and more. The event is part Disney's annual D23 Expo and should unearth key details about mysterious upcoming games.

The official press release says gamers can expect a "sneak peek" at the new Marvel game from Uncharted creative visionary Amy Hennig. The project was originally announced in October 2021 and is described as a "narrative-driven, blockbuster action-adventure game." Job listings at Skydance New Media, where Amy Hennig is leading development, says the game will be a singleplayer Unreal Engine game.

Hennig's new game has yet to be formally revealed or named and we'll likely just get a small snippet of info, which could include an image or a brief trailer reel.

Check below for a snippet from the press release:

The Disney & Marvel GAMES SHOWCASE will be streamed live from D23 Expo 2022 and available to watch on a variety of platforms, including: