The founder of Amazon, Jeff Bezos, has commented on his company's upcoming "Lord of the Rings" prequel series that will release on September 2, 2022.

Amazon has poured about $1 billion into creating a prequel TV show for the "Lord of the Rings", with the TV show being set some 3,000 years before the events that were seen in Peter Jackson's The Hobbit and The Lord of the Rings Trilogy.

The upcoming show titled "The Lord of the Rings: The Rings of Power" is expected to detail the forging of all the Rings of Power, the three eleven rings worn by Gandalf, Galadriel, and Elrond in the Peter Jackson movies, the eleven rings forged for dwarf lords, and the nine, given to mortal men doomed to die (the black riders in the Peter Jackson movies). Based on the released trailers, we can assume that the story will follow a young Galadriel through of the Second Age of Tolkien's world.

Amazon's trailers of the upcoming show have sparked a divide amongst the community, with some individuals calling the entire project simply another method for Amazon to capitalize on a devout fanbase. Bezos sat down for an interview with Time to discuss the upcoming show, with the interview touching on the obvious, expected jump in Amazon Prime subscribers once the TV show releases as fans of Tolkien rush to the platform. 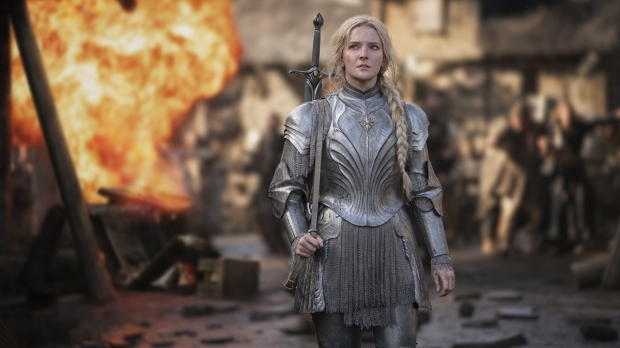 "Middle-earth is such a beloved world, and telling the story of the forging of the Rings of Power is a privilege and a responsibility. I hope we do Tolkien's work justice," he told the magazine in an email. "It goes beyond making a commercially successful show. Everyone working on the show read these stories as kids and our hearts are in it."

Lord Of The Rings Boxed Set