A collection of over 180 fossils has been uncovered in a farmer's field in Gloucestershire, England. 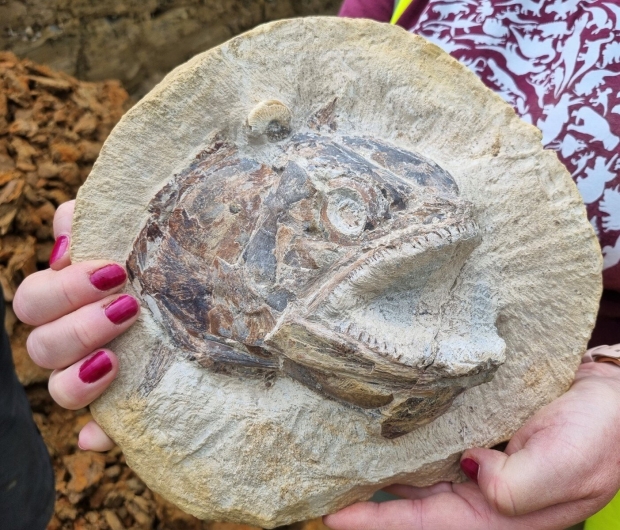 The site contained roughly 183-million-year-old fossils, including fish, marine reptiles, squids, and insects. The part of the country where the fossils were found was deep underwater when these animals died, explaining how they were found inland. Among the fossils was an exquisite Pachycormus fish from the Jurassic period, which was digitally modeled in 3D by Steven Dey of ThinkSee3D.

The site was discovered at Court Farm, Kings Stanley, with the fossils being found in rock layers that haven't been exposed for over a century. Sally and Neville Hollingworth found the site and were also responsible for uncovering mammoth remains at a nearby location that were ultimately featured in the 2021 "Attenborough and the Mammoth Graveyard" BBC documentary. Most of the fossils found at the new site will be donated to the local Museum in the Park in Stroud, England.

"When the fish died, they sank to the bottom of the seabed. As with other fossils, the minerals from the surrounding seabed continually replaced the original structure of the bones and teeth. In this case, the site shows that there was very little to no scavenging, so they must've been rapidly buried by the sediment. As soon as they hit the seabed, they were covered over and protected immediately," said fossil marine reptile specialist Dean Lomax, a Visiting Scientist at the University of Manchester and a member of the excavation team.

"I've never seen anything like it before. You could see the scales, skin, spine - even its eyeball is still there," said Sally Hollingworth, a fossil preparator and the dig's coordinator, to Live Science.