Russia's space agency Roscosmos announced on July 26th, 2022, that it would abandon its role in the International Space Station (ISS) after 2024. 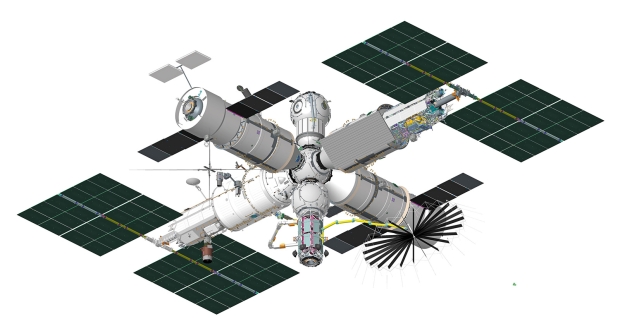 The nation has since shared plans for its own space station called the Russian Orbital Service Station (ROSS), which it plans to begin assembling in space in 2028. It is unknown exactly when Russia will fully sever its ties with the ISS, but it will likely coincide with the ROSS approaching operational status. The first construction phase is due to begin in 2028, and a second phase will begin in 2030, expanding the station with additional modules.

The need for a new station is partly because the aged modules making up the ISS require evermore work to upkeep. The Russian modules are up to 25 years old, despite initially being designed for a 15-year lifespan. As such, Russian cosmonauts have been less able to focus on science experiments in space as they attend to maintenance and repairs.

"It's no secret that for various reasons things are not going very well with our space experiments on the ISS, and the results on Mir [the previous Russian space station] were not very high either," said Vladimir Solovyov, the flight director of the Russian segment of the ISS.

"We need to decide what to do in the future, and already begin work on manned programs that will be implemented after this period ... It is clear to us that before sending cosmonauts to the moon, we must decide on the need for this serious and very expensive step," Solovyov said.