NASA is planning to inspire the world with its plan to get Martian samples back on Earth's soil for analysis.

NASA's Perseverance rover, which landed in the Jezero Crater on February 18 2021, has been hard at work collecting Mars samples, and so far, it has collected 11 scientifically-compelling rock core samples along with one atmospheric sample. NASA is devising a plan to get those samples and more back on Earth. The space agency has taken to its blog to reveal its updated plan for retrieving the Mars samples, and according to NASA, it's coming to the end of its conceptual design phase.

NASA writes that the retrieval mission will include a craft called the Sample Retrieval Lander that will feature two sample recovery helicopters that will be designed off the helicopter currently sitting on the surface of Mars, Ingenuity. These two helicopters will provide a secondary capability to retrieve the Mars samples cached on the surface of Mars. Here's how it will work. NASA's Perseverance rover will take its samples to the Sample Retrieval Lander, where a robotic arm provided by the European Space Agency (ESA) will load them into an ascent vehicle.

Next, the ascent vehicle will launch a rocket containing the samples from the surface, which will be met by a retrieval spacecraft in Mars' orbit. The retrieval spacecraft will then collect the samples and then send them back to Earth, where it will land somewhere in an unpopulated area. So, where do the two helicopters fit into the picture? NASA writes that the two helicopters that will be launched later this decade will act as backups in the event of Perseverance breaking down or being unable to fulfill its part in the mission.

The two new helicopters will be equipped with wheels and grappling arms, and according to NASA, if everything goes to plan, the space agency, along with the ESA, will be able to transport as many as 30 samples from Mars' surface to Earth with an arrival time currently slated for 2033. 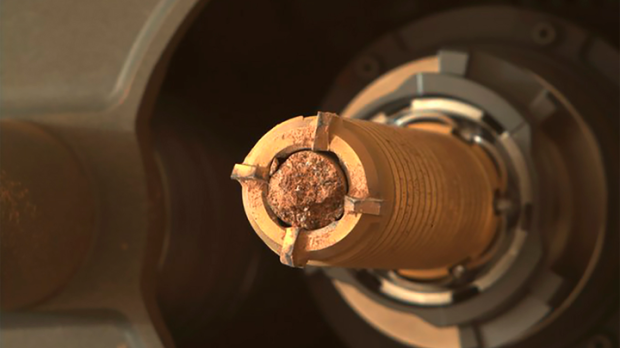