The new AMD Ryzen 9 7950X and Ryzen 9 7900X processors will have a 170W TDP when running normal voltages, but they'll chew more power when overclocked. We already know that AMD's higher-end Ryzen 7000 series SKUs would have a 170W TDP and 230W PPT, confirmed by Robert Hallock.

We know that AMD's new Zen 4-based Ryzen 7000 series CPUs will be hitting 5.5GHz pretty easily, 5.8GHz without a problem and I'm sure we're going to see 6.0GHz+ breached by overclockers. "HerbieHSSO" tweeted that the GIGABYTE leak confirmed the TDP and PPT of the Ryzen 7000 series CPUs, with leaker "kopite7kimi" tweeted: that all "R9 SKUs with a normal voltage are base on 170W TDP". 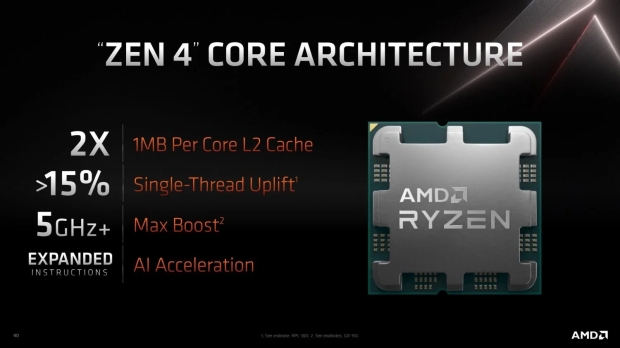