Marvel unveiled one of the very rarest collectibles on the planet at San Diego Comic-Con, with Marvel teaming up with East Continental Gems with the introduction of the Infinity Collection of Gemstones. 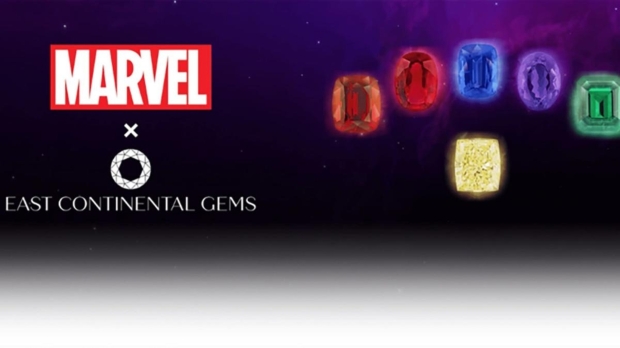 Marvel teased an image on Twitter, inspired by the Marvel Cinematic Universe, and used by Thanos to finger-snap half of existence, out of existence. There will be 6 stones in total, which include: Time Stone, Space Stone, Reality Stone, Power Stone, Soul Stone and Mind Stone. All of the Infinity Stones are (carefully) placed into a custom Infinity Gauntlet, like the one that Thanos (played by Josh Brolin in the Avengers movies) wears.

Paul Gitter, of Marvel Consumer Products explained: "Fans and collectors are a very important consumer for Marvel since they truly live the Marvel lifestyle every day and are always seeking to connect with the brand in new and unique ways. We feel this authentic gemstone collection is cool and unexpected and extends the reach of the Marvel brand".

East Continental Gems president Adam Mirzoeff, was watching Avengers: Endgame with his kids when he was inspired by the jewels... being the president of a precious stones business and all, which is where the $25 million collection idea was born.

Mirzoeff explained to the Hollywood Reporter: "When I saw the Time Stone onscreen and how meaningful it is to the entire narrative of the Marvel universe, for me, it was very meaningful to be watching that with my children. Does Marvel have an actual set of Infinity Stones?"

Marvel explained on Twitter: "One of the rarest collectibles debuted earlier today at #MarvelSDCC: The Infinity Collection of Gemstones by @ECGEMSOFFICIAL. The collection consists of the Six Infinity Stones from the Marvel Universe and totals over 150 carats!"