Intel is throwing some money around... I mean, on a marketing parade for its first GPU since the Intel i740 from the 90s... with its new Arc A770 flagship benched at LinusTechTips.

GPU reviewers aren't getting their hands-on samples, so Intel is doing what Team Red used to do under RTG's broken-apart GPU marketing team from AMD (that are mostly now at Intel, which explains things) but they've got time to stop by GamersNexus, LinusTechTips... and now, a shilly new video.

In the expensive new video, Intel shows off its new flagship Arc A770 desktop GPU that the company says is going to "kill everyone in price to performance" in optimized DX12 titles. Furthermore, and for the largest "Tech YouTuber", this video is embarrassingly slim on actual performance details (frame rates, settings, etc). The video does show Tomb Raider and F1 2021 running DX11 + DX12 APIs, but other than that... Linus must've had a large suitcase to keep those details under wraps. 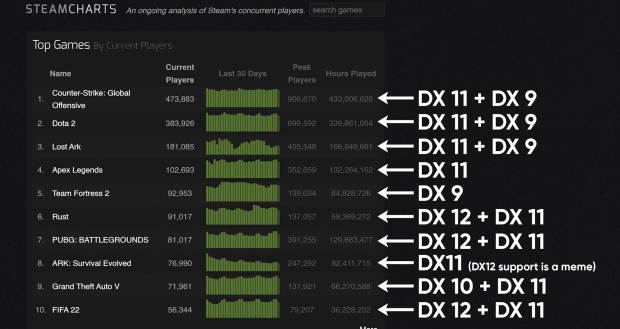 I don't care what the deal is here, it's just marketing BS. Paid shill crap. If it's not paid, then it's shill crap. Linus and his team should've torn the Intel Arc A770 a new asshole like real reviewers have... but then, they make entertaining videos (that are usually so filled with entertainment + varying amounts of tech detail).

Linus and Intel staffers Ryan Shrout (ex-PC Perspective) and Tom Peterson (ex-NVIDIA) don't even show the Intel Arc A770 specifications during their visit and video... which is once again, embarrassing (done on purpose). They ALL know better. What we do get is GPU default clock speeds of 2.5GHz while using 190W of power, while if the Arc A770 graphics card is overclocked, it's chewing a huge 285W of power.

It's an Odyssey, I guess.