NVIDIA's new GeForce RTX 4090 has been in the headlines this week with teases of 66% more performance in synthetic 3DMark benchmarks, but now we're hearing rumors of the "full-fat AD102 GPU" and some truly brute performance.

Now, if we compare this against NVIDIA's second-top Ampere-based GeForce RTX 3090, which can run Control at 4K with RT + DLSS at around 72FPS average (thanks Hassan @ Wccftech) which means the new full-fat AD102 GPU with "high power draw" absolutely destroys the GA102-based RTX 3090 with a huge 160FPS+.

The "high power draw" is what I love the most, because even @XpeaGPU says "whatever does it mean, maybe OC" while NVIDIA's next-gen full-fat AD102 GPU leaks have been teasing 600W through to 800W of power consumption. Twice the performance of the GeForce RTX 3090 (350W) for twice the power... if you want the best performance, prepare your power bills.

Big numbers, but it's not out of the realm of what we've already heard through rumors all the way back in December 2020. Back then, we heard that the next-gen GeForce RTX 4090 could be twice as fast as the GeForce RTX 3090. Now, we're hearing fresh leaks on some truly monster performance out of the full-fat AD102-based GPU with "high power draw" (once again, 600W to 800W of power consumption). 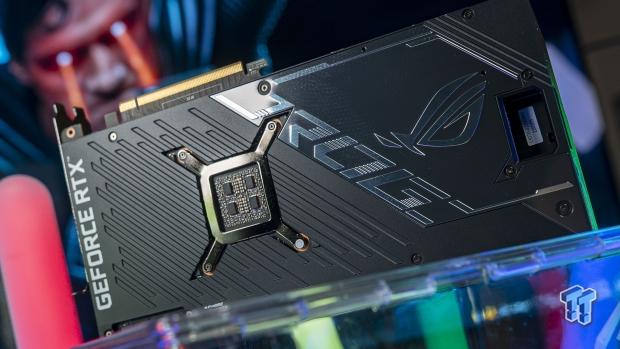