A study on the precursor molecules titled "Molecular Precursors of the RNA-World in Space: New Nitriles in the G+0.693−0.027 Molecular Cloud" has been published in the journal Frontiers in Astronomy and Space Sciences. 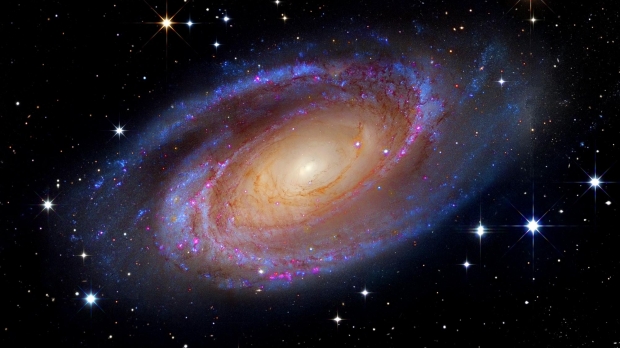 Spanish researchers have observed the center of the Milky Way galaxy and found a host of different organic molecules called nitriles. These are used in building prebiotic molecules (precursors to molecules associated with life) that are commonly associated with RNA, a similar molecule to DNA used to carry genetic information.

The team found evidence of nitriles, including cyanic acid, cyanoallene, propargyl cyanide, and cyanopropyne, in the G+0.693-0.027 molecular cloud. The cloud is located inside the Central Molecular Zone (CMZ) at the center of the Milky Way, where many prebiotic molecules have been found.

These molecules may have found themselves on Earth when they formed in the molecular cloud that gave birth to the solar system. They may also have been brought to Earth by asteroids, meteors, and comets forming similar clouds throughout the galaxy before crashing into Earth in the solar system's early days.

"The chemical content of G+0.693-0.027 is similar to those of other star-forming regions in our galaxy, and also to that of Solar System objects like comets. This means that its study can give us important insights about the chemical ingredients that were available in the nebula that give rise to our planetary system," said astrobiologist Victor Rivilla of the Spanish National Research Council and the National Institute of Aerospace Technology in Spain.

"We have detected so far several simple precursors of ribonucleotides, the building blocks of RNA. But there are still key missing molecules that are hard to detect. For example, we know that the origin of life on Earth probably also required other molecules such as lipids, responsible for the formation of the first cells. Therefore we should also focus on understanding how lipids could be formed from simpler precursors available in the interstellar medium," explained astrobiologist Izaskun Jimenez-Serra, also of the Spanish National Research Council and the National Institute of Aerospace Technology.