Final Fantasy XVI will not have a singular open-world area to explore and discover, will instead be carved up into more meaningful and condensed game zones. 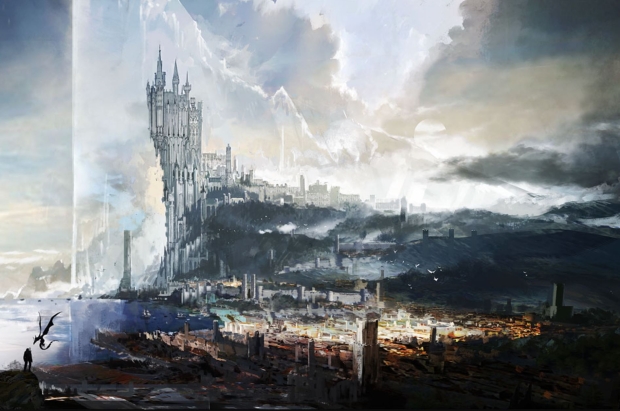 Square Enix is releasing a new round of press info on Final Fantasy XVI, and this time we get more information on the in-game world of Valisthea. According to game producer Noaki Yoshida, the in-game fantasy world will not be a gigantic persistent open environment similar to Final Fantasy 15 or Zelda: Breath of the Wild. Instead, Final Fantasy XVI will incorporate more isolated and independent zones and areas throughout the world. This could make each area feel more meaningful and engaging.

"To bring a story that feels like it spans an entire globe and beyond, we decided to avoid an open world design that limits us to a single open world space and instead focus on an independent area-based game design that can give players a better feel of a truly 'global' scale," Yoshida told IGN.

That being said, Final Fantasy XVI will incorporate inspirations from some noteworthy AAA RPGs. Yoshida didn't say which games inspired FFXVI, but we're betting they looked at the cream of the crop, possibly even games like Elden Ring and Breath of the Wild.

"We've found in our extensive user research that many of the younger generation of gamers have never played a Final Fantasy or don't have any interest in the series. To create a game that might excite and resonate not only with our core fans, but also with that new generation, we played a lot of games ourselves, and so yes, you'll find inspiration from recent AAA open-world RPGs."

A bit of extrapolation may indicate that crafting, exploration, and possibly even survival elements will be included in the game.

Final Fantasy XVI is due out Summer 2023 on PlayStation 5.