Ubisoft says it will reveal the "future of Assassin's Creed" this September, possibly with the announcement of the next game. 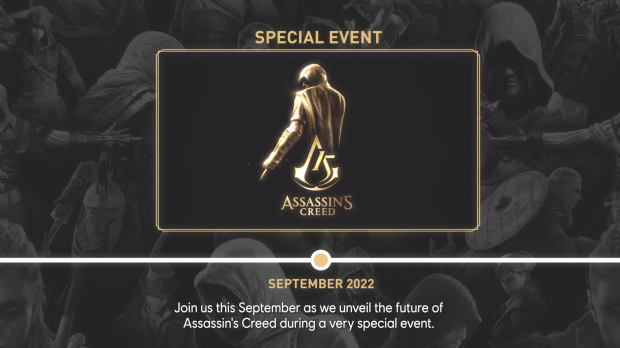 It looks like Ubisoft's next Assassin's Creed game will be announced in September 2022, making for odd timing for a reveal of this caliber. Ubisoft skipped its typical summer showcase this year (likely due to COVID-19 disrupting development cycles) and is splitting Assassin's Creed into its own showcase.

Right now Ubisoft is reportedly working on two Assassin's Creed projects. One is codenamed Rift, and is a smaller-scale project starring Basim from Assassin's Creed Valhalla. Rift is expected not to be a grand, open-world experience, but more of a slice of the typical content offered in AC games.

The other is Assassin's Creed Infinity, which may be a live service platform that delivers multiple playable characters across various timelines.