If there's something I've been watching very closely, it has been Jeffrey Epstein and Ghislaine Maxwell, as what the mainstream would call me would be a "conspiracy theorist".

Well, I guess I've got something in common with one of the smartest people -- and the richest man -- in the world: Elon Musk. In a new tweet, the SpaceX and Tesla boss shared a meme about "things I'll never see in my life" with a picture of a firebreathing dragon, a T-Rex, a unicorn, and then "The Epstein/Maxwell client list".

He said: "Only thing more remarkable than DOJ not leaking the list is that no one in the media cares. Doesn't that seem odd?"

Epstein/Maxwell? Their client list? If you didn't know, Jeffrey Epstein was a very well-connected billionaire that was best friends with the likes of Bill Gates and President Bill Clinton. He connected the rich and famous with a private island -- Little St. James Island -- and flew them there on his private plane: the Lolita Express.

Ghislaine Maxwell, is a British former "socialite" and convicted sex offender amongst I'm sure much more, whose father was Robert Maxwell, a British media proprietor, former member of parliament, suspected spy, and fraudster.

A "conspiracy theorist" would tell you that Ghislaine was connecting people -- wealthy businessmen, presidents and prime ministers, members of royal families, celebrities, and influential people across the world -- with children, for sex. Child sex trafficking. If you were deeper down the rabbit hole, you'd connect rituals and darker things like satanism, cannibalism, human and child sacrifice, and much worse.

Elon Musk is tweeting about those people... but why?

Jeffrey Epstein had multiple apartments and houses around the world, as well as his private islands -- where once again a "conspiracy theorist" would tell you that he had invited those very powerful people to those premises, Ghislaine and others hooked them up with children, and they had blackmail against them -- these people would do anything to not have that blackmail released.

From then, those people are at the mercy of Epstein + Maxwell...

That's what Elon is talking about. If you knew who the clients were, the entire Matrix and House of Cards would fall. Maxwell is currently in court right now, but most people wouldn't know about that as the mainstream media has been hyper-focused on Johnny Depp + Amber Heard's court case. Speaking of Amber, Amber Heard and Elon Musk used to be together.

Someone else replied, pointing out that Ghislaine Maxwell and Elon Musk were spotted in a photo together, to which Elon replied: "Ah yes, Maxwell photobombing me at a @VanityFair Oscars party - you should them why they invited her. The same people who push this photo say nothing about prominent people who actually went to his island a dozen times. Also very strange..."

And soon, Elon Musk will own Twitter... imagine what happens then. Maybe we won't see so much censoring, but they media is completely controlled... and the richest man in the world is telling the world, just that. 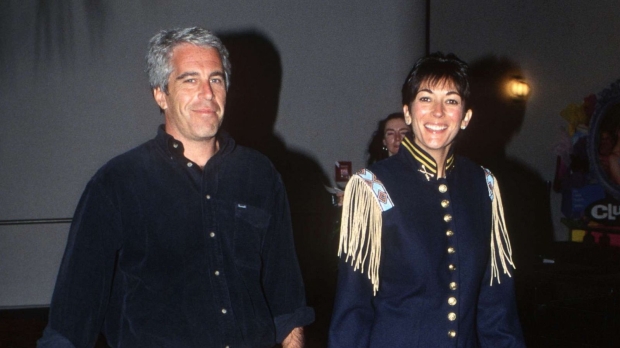