Mercury, Venus, Mars, Jupiter, and Saturn will all be visible in the sky to the naked eye throughout June. 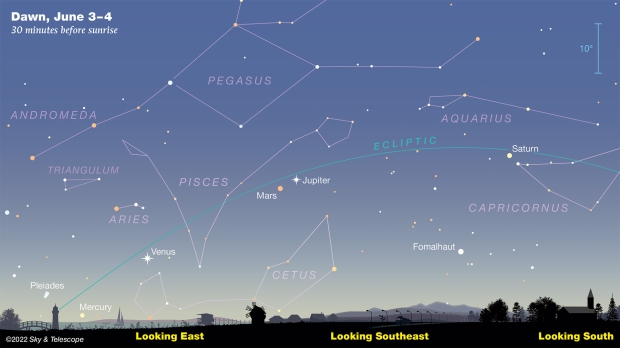 Binoculars are recommended to see Mercury at the beginning of the month as it will be hard to spot. However, as the month goes on, Mercury will climb higher in the sky and appear brighter. Sky & Telescope magazine says to take particular note of the mornings of June 3rd and 4th, where the planets will span only 91° of separation, and June 24th, when the Moon will be positioned neatly between Venus and Mars, and the planets will span 107° of separation. 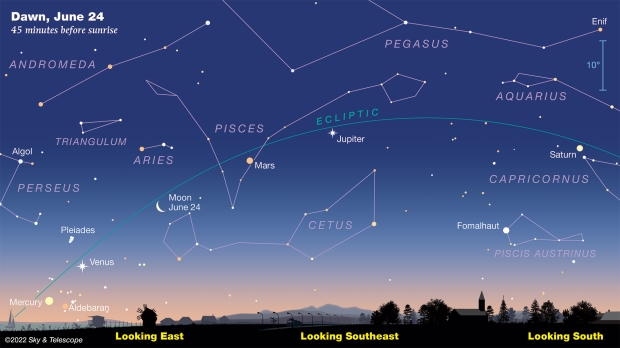 The planets will be visible on every night between these dates, so if the weather doesn't allow for visibility on one night, you will be able to catch the event relatively easily throughout the month. However, the times shown in the above images may be less applicable depending on where you live.