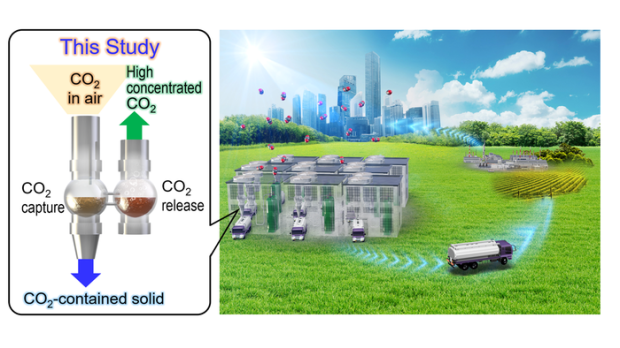 Researchers from the Tokyo Metropolitan University have developed a new direct air capture (DAC) system for removing carbon dioxide (CO2) from the atmosphere. The system passes atmospheric air with relatively low concentrations of CO2 through an aqueous solution of isophorone diamine (IPDA), causing the carbon dioxide to react rapidly and create a solid product.

Compared to leading DAC lab systems, the new system is at least twice as fast at capturing carbon dioxide from atmospheric air with a low concentration of CO2 (~400 parts per million, or ppm).