The rumors were right: Assassin's Creed Origins is getting a big frame rate jump on consoles. The update will boost Origins to 60FPS on next-gen PlayStation 5 and Xbox Series X/S consoles starting June 2, Ubisoft has confirmed.

Fans have been clamoring for an Origins FPS boost update for a while now, and since Ubisoft won't release a mainline Assassin's Creed game in 2022, now is the perfect time to revitalize one of its older and most impressive games in the series. It also helps that Origins is monetized through microtransactions, and that the game has been added to Xbox Game Pass this week.

The FPS patch will be 100% free and will help streamline the game on newer, more powerful console hardware which is capable of outputting 4K 60FPS (except the Series S, which downgrades to about 1440p 60FPS). 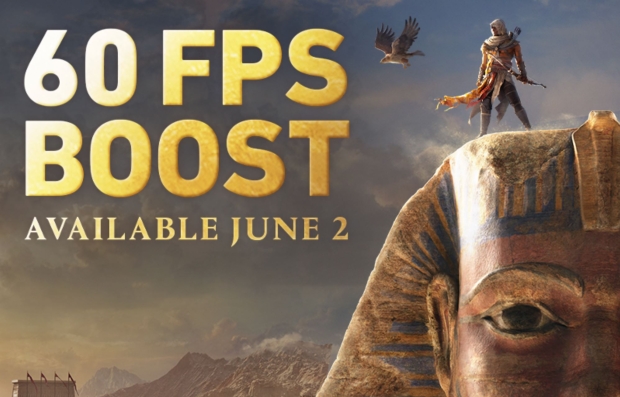