AMD's new Mendocino APU specs have been leaked out, which will be the basis of future entry-level Athlon + Ryzen 5-powered laptops later this year. 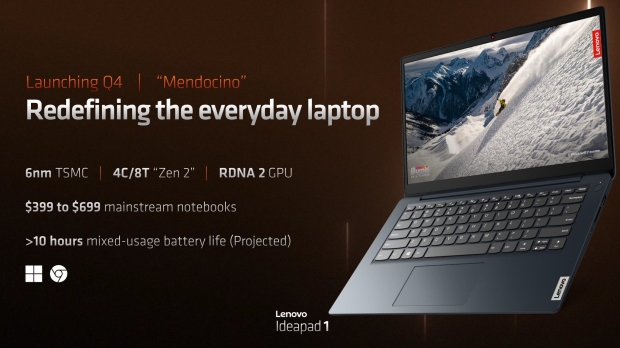 AMD is updating its Zen 2 CPU and RDNA 2 GPU cores in the Mendocino APU, optimized on the TSMC 6nm node, and adding 4MB of L3 cache. We're expecting up to 10 hours of battery life, with active cooling inside of future laptops expected as passive designs on Mendocino requires more engineering... and would increase the cost of the laptop to the consumer.

The new AMD Mendocino APUs will reportedly be supported by the brand new "Sonoma Valley" platform that is based on the FT6 (BGA) socket. A single WGP (Work Group Processor) will have up to two Compute Units, or a total of 128 stream processors. We'll reportedly see 128KB of in-die graphics cache -- but make no mistake -- this is not Infinity Cache. 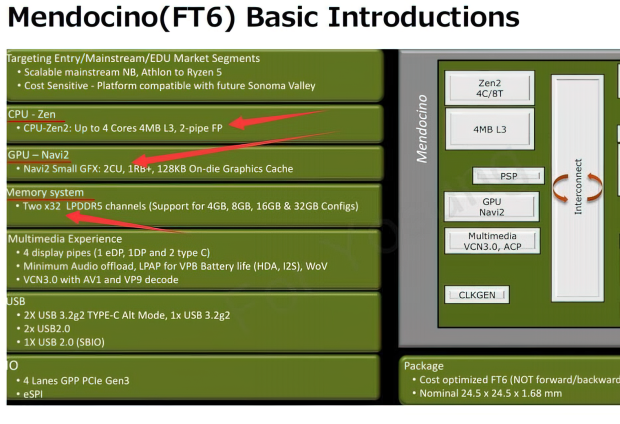