The now 17-year-old Benjamin Choi began working on the project in 2020 as a tenth-grader at the beginning of the COVID-19 pandemic.

With lots of free time owing to the pandemic and inspiration from a 60 Minutes documentary on mind-controlled prostheses he watched in third grade, Choi set to work on a less-invasive version of a prosthetic arm than he had originally seen.

"I was really, really amazed at the time because this technology was so impressive. But I was also alarmed that they require this really risky open brain surgery. And they're so inaccessible, costing in the hundreds of thousands of dollars," said Choi.

The first version of the prosthetic was made using his sister's $75 3D printer and some fishing line. Each piece printed was constrained to 4.7 inches (11.9 centimeters) long, so the entire arm was printed over 30 hours in small sections that were then bolted and rubber banded together.

The arm has gone through more than 75 design iterations and is now made from engineering-grade materials while only costing around $300 to manufacture. It uses artificial intelligence to determine its movement based on brain wave input detected by two electrodes that collect electroencephalography (EEG) data.

You can read more from this story here. 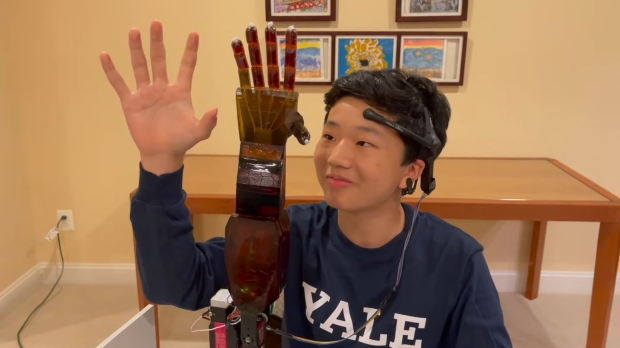 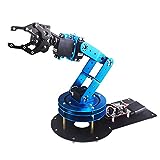