Oxitec has successfully released its genetically modified mosquitoes in Florida with plans for California underway. 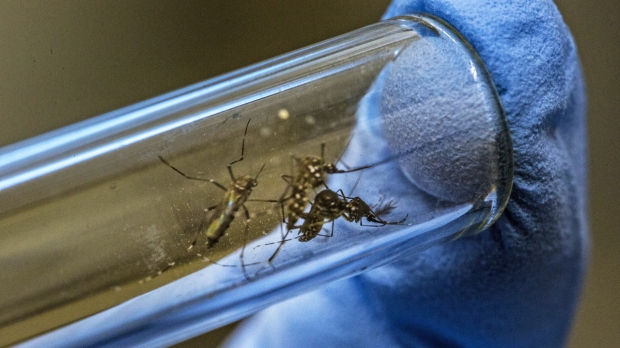 Oxitec has released almost five million engineered Aedes aegypti mosquitoes in the Florida Keys over seven months. The genetically engineered male mosquitos carry a gene that is lethal to female offspring, causing them to die before they can reproduce. Male offspring born from the engineered males mating will inherit the gene, causing future generations of females to die off, leading to an overall reduction in the population size.

Oxitec collected over 22,000 eggs laid by wild female A. aegypti to bring back to the laboratory for analysis. They confirmed that all females that inherited the lethal gene died before reaching sexual maturity. The gene persisted in the wild population for two to three months, or about three generations of offspring, before disappearing. No mosquitos carrying the gene were found more than 400 meters (1312 feet) from their release point.

Wild A. aegypti populations spread viruses such as chikungunya, dengue, Zika, and yellow fever, and so far, the contained experiments utilizing genetically modified A. aegypti to reduce the population have had positive results.

"I like the way they're going about it. They're doing it in a systematic, thoughtful way. So I'm encouraged, but they have a lot of work ahead of them," said Thomas Scott, an entomologist at the University of California, Davis.