Hours after putting down an offer of $43 billion for the world's second-largest social networking company, Elon Musk appeared on the TED stage to explain why.

In early April, SpaceX and Tesla CEO Elon Musk purchased a 9.2% state in Twitter valued at $2.9 billion. This purchase by Musk caused the social media's share price to skyrocket by 25% and led people to believe that Musk was going to join Twitter's board of directors and attempt to implement a bunch of new changes. Now, the SpaceX CEO has changed his plans by putting down $43 billion for 100% of the company's shares at $54.20 a share, according to an SEC filing.

"I invested in Twitter as I believe in its potential to be the platform for free speech around the globe, and I believe free speech is a societal imperative for a functioning democracy. However, since making my investment, I now realize the company will neither thrive nor serve this societal imperative in its current form. Twitter needs to be transformed as a private company. Twitter has extraordinary potential. I will unlock it," Musk wrote.

Additionally, Musk said that if the board didn't accept his offer, he would have to "reconsider my position as a shareholder," which alludes to Musk selling his shares in the event of his offer being rejected and, as a result, the price of Twitter's shares come crashing down.

A few hours after Musk made his offer for Twitter, he went on TED to discuss various topics. When asked about his motivation to buy Twitter, Musk explained, "My strong intuitive sense is that having a public platform that is maximally trusted and broadly inclusive is extremely important to the future of civilization. The civilizational risk is decreased the more we can increase the trust of Twitter as the public platform."

Adding that, he doesn't have an intention to "monopolize" Twitter, and isn't interested in turning the platform into an additional stream of revenue. Furthermore, Musk says that Twitter's algorithm should be open source, which means everyone can see any manipulation happening from behind the scenes on posts, etc.

Notably, Musk says that it's not 100% written in stone that his offer will be taken by the Twitter board, even though he says that it's "a high price and your shareholders will love it." Musk's offer at $54.20 a share is an 18% premium over the closing price of Twitter's shares on Wednesday, and is no doubt causing some major headaches for some select Twitter officials who will soon have to make some very big decisions. 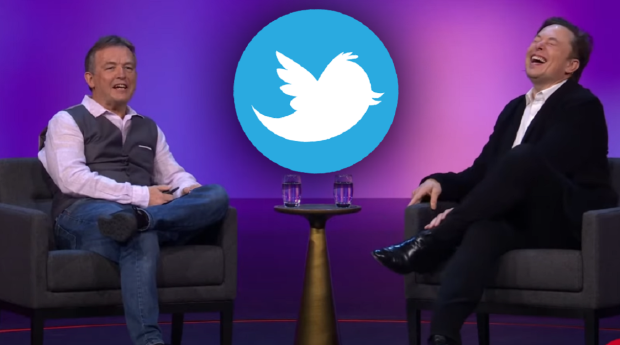