NASA has released a new image snapped by the famous Hubble Space Telescope, and it is nothing short of breathtaking.

The new image is a cosmic portrait of the spiral galaxy called NGC 4571, located approximately 60 million light-years away from Earth in the constellation Coma Berenices, named after an Egyptian queen who lived about 2,200 years ago. The image was snapped using Hubble's Wide Field Camera 3 and multiple observations from Hubble and the Atacama Large Millimeter/submillimeter Array (ALMA).

The data from ALMA allowed researchers to distinguish the clouds of cool interstellar dust that are the birthplace of new stars. NGC 4571 is part of the Virgo cluster, which NASA writes contains more than 1,000 individual galaxies. If you are interested in reading more about NGC 4571, check out NASA's blog post on the spiral galaxy here.

"As majestic as spiral galaxies like NGC 4571 are, they are far from the largest structures known to astronomers. NGC 4571 is part of the Virgo cluster, which contains more than a thousand galaxies. This cluster is in turn part of the larger Virgo supercluster, which also encompasses the Local Group containing our own galaxy, the Milky Way," writes NASA. 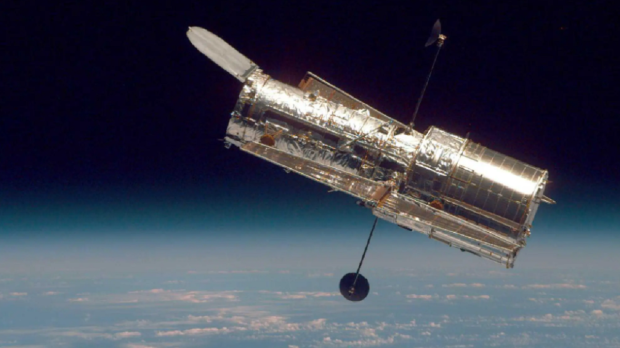