NASA's Juno spacecraft has been orbiting Jupiter since 2016 and has recently completed its 39th close flyby of the planet. 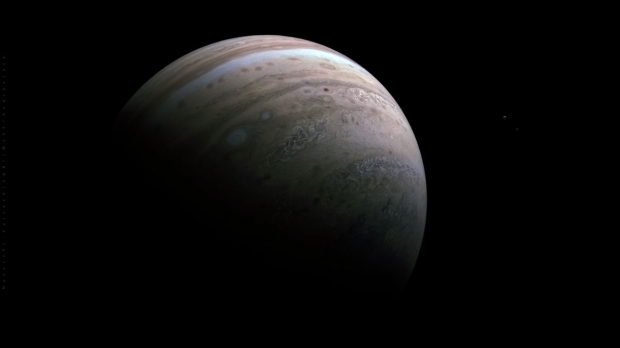 Juno only recently completed its approach with Jupiter as the spacecraft passed by on January 12 at approximately 38,000 miles away from the top of Jupiter's clouds. During its approach, Juno snapped several images of the southern hemisphere of Jupiter, with two moons to the right of the frame. NASA shared the image on March 16 and explained that by zooming in on the image, you can see Io on the left and Europa on the right.

On NASA's blog post, it wrote that Jupiter's moon Io is the most volcanic body in our solar system and that Europa is an icy moon surface that has an ocean of liquid water deep beneath its surface. NASA researchers have previously suggested that Europa's subsurface ocean may house some form of life. Juno will be making "the closest flyby of the enigmatic moon in decades," where it will be able to get a closer look at its surface with several of its scientific instruments. 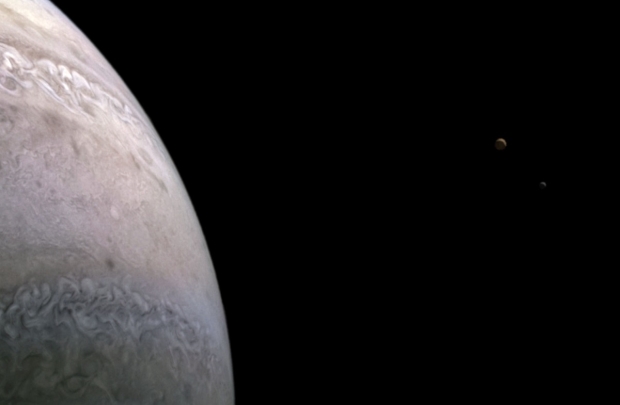