Yesterday, Elden Ring players made a discovery that some walls are actually breakable. All those notes weren't lying after all! But there's a catch. 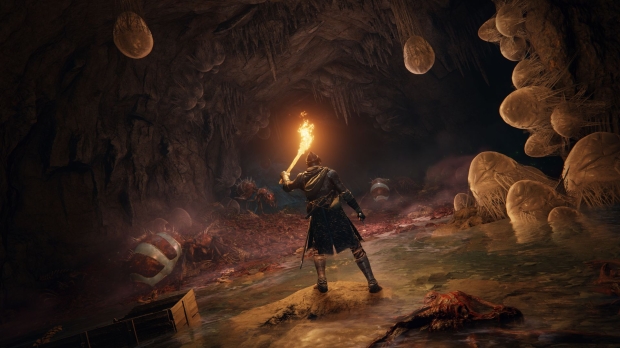 It turns out that Elden Ring does have secret walls that can be destroyed if you hit them enough. Gamers have discovered that a certain wall in the Volcano Mansion area can break. There's no real reason to do this, though...you're not going to find any extra loot or an awesome chest of items. Instead the wall just leads to an area you've already been to.

This is a pretty big discovery though. Elden Ring is littered with player-made messages about hidden or secret walls. Were they right all along?

The Volcano Mansion wall isn't what you think, though. According to findings from Twitter user Zullie, the breakable wall is a destructible object that takes 9,999 damage before it breaks. That's very unusual. The wall is most likely supposed to break due to a scripted event like hitting a switch or performing a specific sequence in the mansion.

"So I checked and this wall has 9999 HP. For comparison, Dark Souls 1 has objects with 999 HP, but they also have 999 Defense, meaning no attack can damage them. Instead, they're broken by event triggers, like walking on a collapsing floor.

"The wall being set as a destructible object, but having 9999 HP and no fade-out animation, means it was very likely intended to be destroyed by an event script, though it's not obvious whether they dummied that out or it's bugged. It should definitely have 9999 Defense though."

Now gamers are on a grand scavenger hunt to discover which other walls are breakable.

It turns out the Volcano Mansion has yet another breakable wall...

How many more are there?