Elden Ring is a smash success with 12 million sales. Bandai Namco and FromSoftware and taking advantage of the spotlight by adding new content to the landmark RPG. 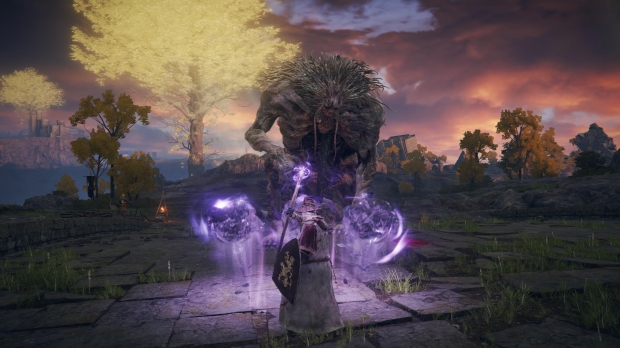 Yesterday's Elden Ring patch signals two big things: One, FromSoftware is committed to the game and should continue to roll out new content, and two, the core meta will shift and change similar to a live game. Patch 1.03 brought some big changes to the game by hamstringing endgame builds with heavy nerfs; Much to the vexation of Elden Ringers, the Tree Guardian Shield, Mimic tear, Hoarfrost Stomp, and the Sword of Shadow and Flame have all been downgraded and forced new shifts towards specific builds.

This creates an interesting flow and with the right adjustments of other gear--or the introduction of new items--FromSoft has created a unique kind of live game meta within what's mostly a communal singleplayer title. There's also tons of buffs to things like cracked pot throwables, boosted damage for other craftables like poison spraymist, and damage upgrades for the collapsing stars sorcery.

FromSoftware is watching and tracking what we're doing. That's a great sign for continued support.

The other half of the update added new content including a new NPC, new questlines, the ability to summon NPCs, and most importantly, the ability to mark an NPC's location on the map (you should still have a journal though).

Check below for full patch notes for v1.03: