The Artemis program has been plagued by delays, but the Artemis I mission seems to finally be making progress.

The integrated Space Launch System (SLS) rocket and Orion spacecraft that will fly as part of the Artemis I lunar mission are now due to roll out on March 17th. They will roll out onto Launch Pad 39B at NASA's Kennedy Space Center in Florida, for which live coverage by NASA will begin at 5 p.m. EDT (21:00 UTC). The event will be viewable on NASA Television, the NASA app, and NASA's website.

The rollout will involve a 4-mile (6.4 kilometers) journey from the Vehicle Assembly Building to the launch pad, which is expected to take between six and twelve hours. Beginning at 4 p.m. EDT (20:00 UTC), the Kennedy Newsroom YouTube channel will also be capturing the event. Once at the pad, NASA will conduct a final prelaunch test known as the wet dress rehearsal, conducting a launch countdown and loading the SLS propellant tanks.

The launch of the SLS for the Artemis I mission will mark the world's most powerful rocket launch. Later Artemis missions will seek to break more records, landing the first woman and first person of color on the Moon and paving the way to establishing a long-term lunar presence.

"This is a mission that truly will do what hasn't been done and learn what isn't known. It will blaze a trail that people will follow on the next Orion flight, pushing the edges of the envelope to prepare for that mission," said Mike Sarafin, Artemis I mission manager. 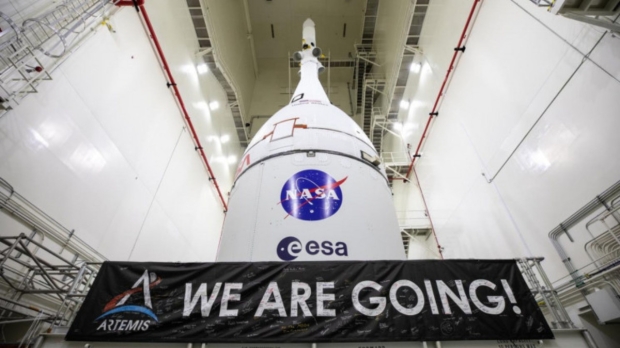