In response to Russia's invasion into Ukraine, two massive global brands have halted service throughout Russia. 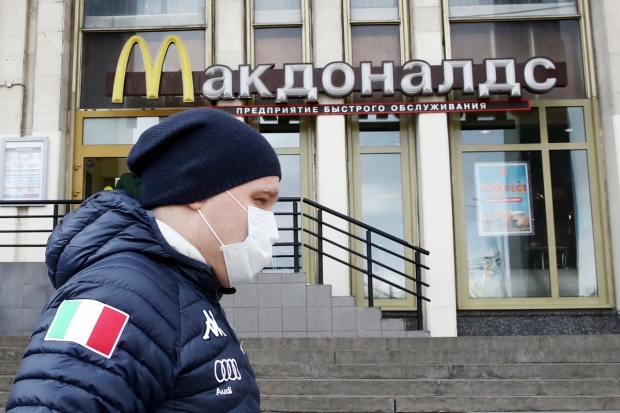 According to reports from ABC, McDonald's has announced it will temporarily close all 847 of its restaurants across Russia, in an effort to show its support for the Ukrainian people and its stance on Russia's recent decisions. McDonald's employs 62,000 individuals across its 847 stores and has announced it will continue to pay the salaries of all of its employee's.

McDonald's isn't the only global brand that is halting service across Russia, as Starbucks recently announced it will also be taking a stand against Russia by temporarily closing at least 100 Starbucks cafes and suspending all shipments of its products. According to Starbucks' announcement the nearly 2,000 partners in Russia that depend on Starbucks for their livelihood will continue to be supported by the Kuwait-based Alshaya Group.

"Our hearts are with the people who are enduring unconscionable effects from these tragic events in Ukraine," Coca-Cola said in a statement. "We will continue to monitor and assess the situation as circumstances evolve."

"As a food and beverage company, now more than ever we must stay true to the humanitarian aspect of our business," PepsiCo CEO Ramon Laguarta wrote in a memo to employees.

Read more: Russian official drops warnings, says this is 'a reason to go to war'