The Russian military has captured the area after beginning its invasion into Ukraine. 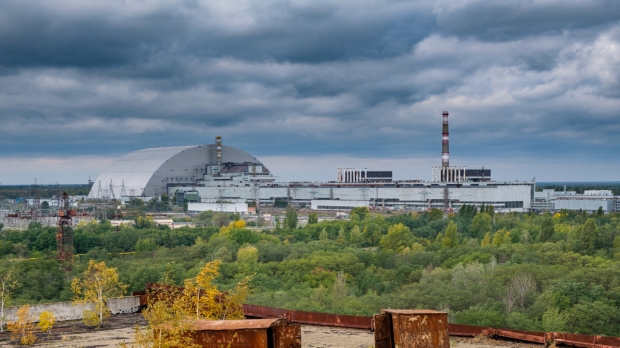 After battling with Ukrainian forces on three sides, the Russian military has gained control of part of the Chernobyl Exclusion Zone, including the Chernobyl Nuclear Power Plant and the abandoned city of Pripyat. According to Reuters, a Russian security source says the Russian military amassed in the exclusion zone before crossing into Ukraine, and wants to control the nuclear reactor to signal to NATO to not interfere militarily.

"It is impossible to say the Chernobyl nuclear power plant is safe after a totally pointless attack by the Russians. This is one of the most serious threats in Europe today," said Mykhailo Podolyak, an adviser to the Ukrainian presidential office.

Anton Gerashchenko, an advisor and former deputy minister at the Ukrainian Ministry of Internal Affairs, warned that fighting the vicinity of the power plant runs the risk of disturbing nuclear waste and spreading dangerous radioactive material across Europe. If artillery strikes were to destroy the nuclear waste storage facilities, radioactive dust would threaten Ukraine, Belarus, and other countries in the European Union.

"Russian occupation forces are trying to seize the #Chernobyl_NPP. Our defenders are giving their lives so that the tragedy of 1986 does not happen again. Reported by @SwedishPM. This is a declaration of war on the whole of Europe," a translated tweet by the Ukrainian president Volodymyr Zelenskyy reads.