A study on the battery titled "On-Chip Batteries for Dust-Sized Computers" has been published in the journal Advanced Energy Materials. 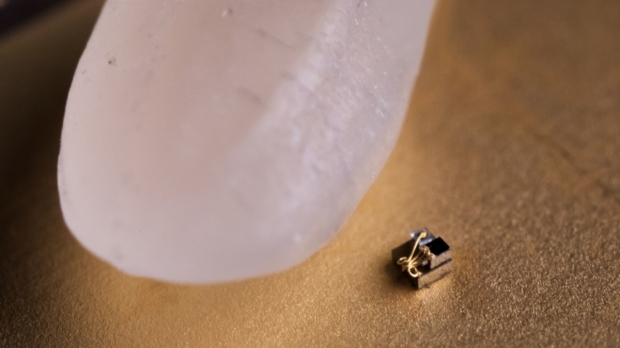 Researchers from the Chemnitz University of Technology have developed the world's smallest battery, inspired by the Swiss roll dessert. They layered current collectors and electrode strips onto a tensioned water surface, which could then self-assemble through a "micro-origami" process into what they describe as a "self-wound cylinder micro-battery."

The battery is one square millimeter in size, roughly the size of a speck of dust. With a minimum energy density of 100 microwatt hours per square centimeter, the researchers say the battery could be used to power tiny computer chips used in biosensors in the human body. They claim their battery could power the world's smallest computer chips for around ten hours, expanding the applications of biosensors that typically rely on harvesting energy through other means.

"There is still a huge optimization potential for this technology, and we can expect much stronger micro-batteries in the future," explained Professor Oliver Schmidt.