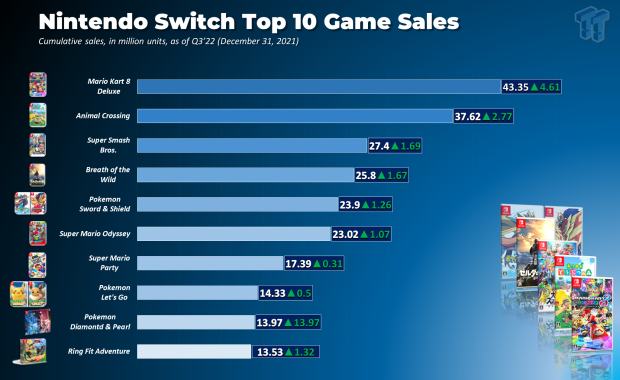 The largest contributor to this huge first-party sales spike was Pokemon Shining Pearl and Brilliant Diamond. The duo sold 13.97 million copies during a single month across the Q3'22 period (the Pokemon games launched in late November, a month before the December 31 cutoff date).