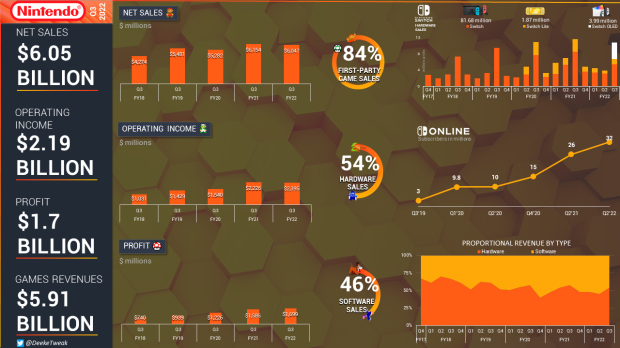 Nintendo recently announced its Q3 earnings for the Holiday 2021 timeframe, and the results are stellar. Nintendo set new milestones for profit and software sales, and overall net sales nearly matched 2020 pandemic highs. In this article we'll be using USD conversions based on Nintendo's historical forex rates provided in its documents and investor briefs. All values given are rounded. 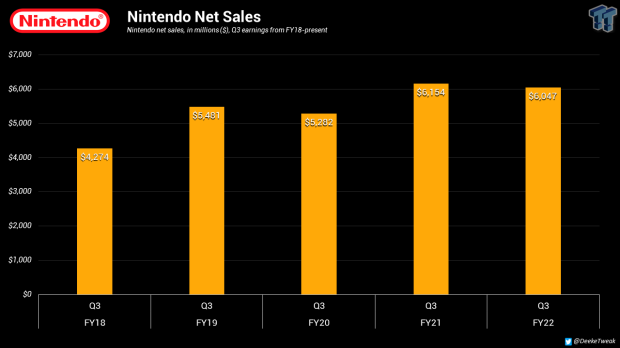 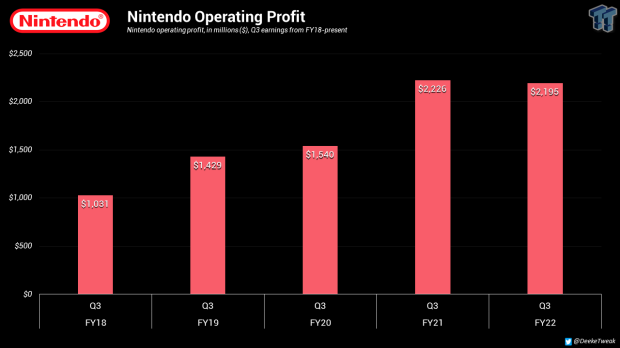 Operating profit, which is earnings after operating expenses, was at $2.19 billion (252.592 billion yen). This is another metric that's second only to 2020's record highs. Strong operating profit was delivered by a rush of digital-based software sales, first-party game sales, and hardware sell-through. 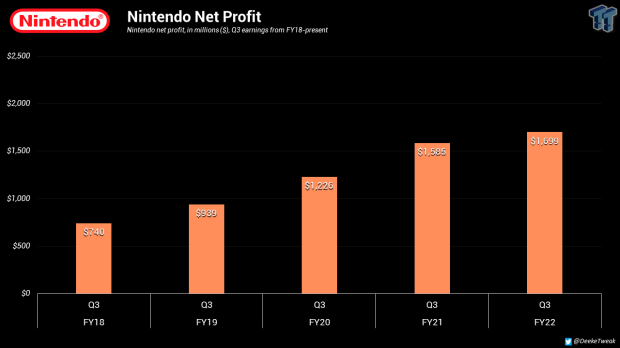 Total profits, or earnings after income taxes and all expenses, was a record $1.7 billion. Nintendo made more profit in Q3'22 than it did in any other third quarter period in Switch history, driven by the success of its operating divisions. 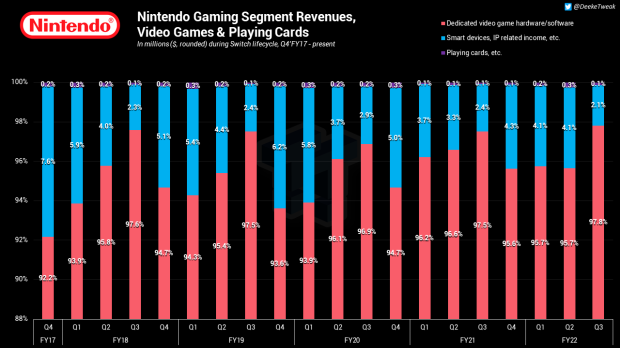 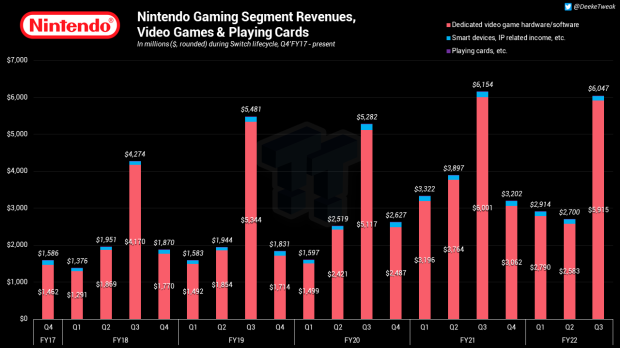 Nintendo made $5.9 billion from its dedicated video game segment revenues, which includes sales of hardware and software, $124 million from smartphone games, and $7.5 million from playing cards and other content. 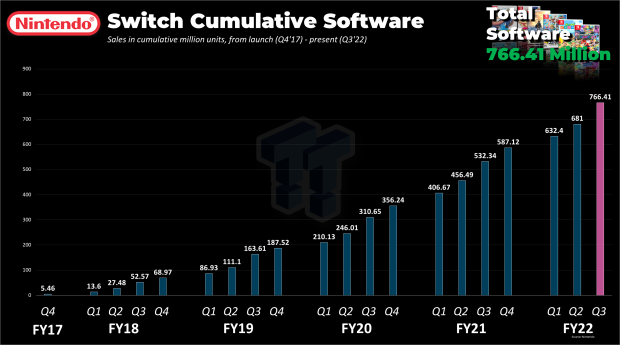 Another big stand out metric is software sales, which hit a record 85.41 million in Q3'22, more than any other third quarter or any quarter in Switch lifetime history. This shows a clear trend that although hardware is down slightly, users who own Switch consoles are buying more games at a faster pace than ever before.

To date, Nintendo has sold over 766 million games on the Switch.

Nintendo made $2.7 billion from software sales in Q3'22, a new record high to match the record unit sales. 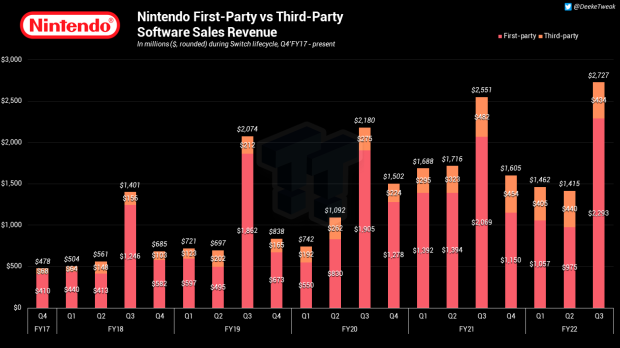 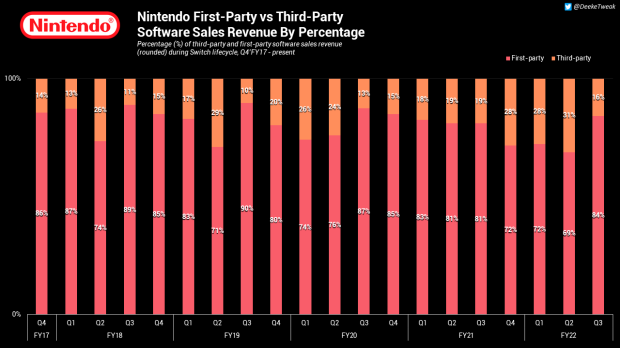 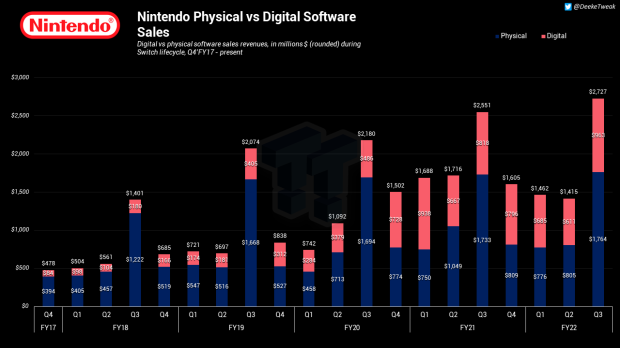 Digital is an important part of Nintendo's revenues, but not nearly as important as it is for a company like Sony, who makes more from add-on content than it does from game sales on the PlayStation Network. 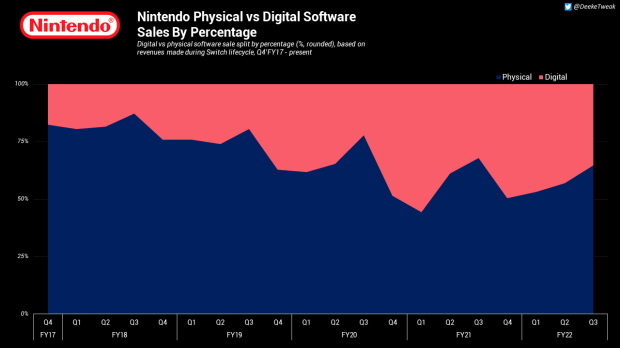 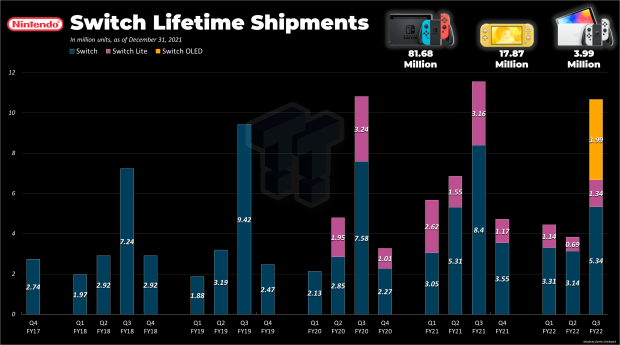 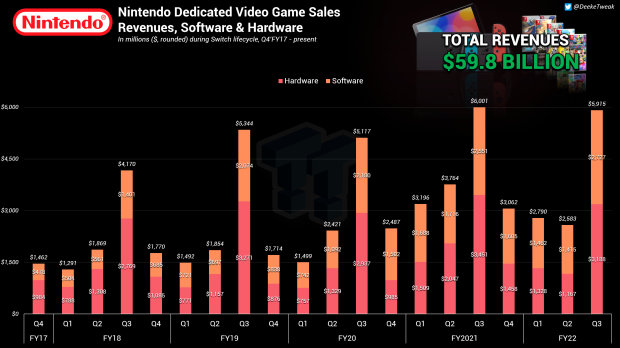 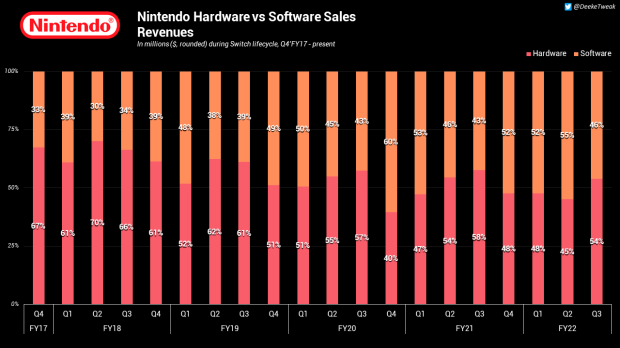 Hardware generated nearly $3.2 billion in Q3, third to Q3'21 and Q3'20, driven by Switch sales. Nintendo made more money from hardware than it did from software during the period, which is typically the case (54% hardware, 46% software).